Haga will be honored 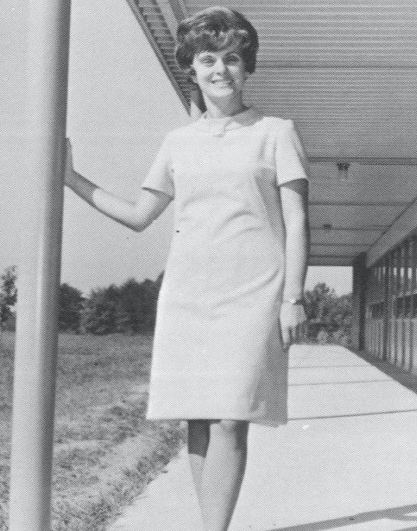 The Nancy Anderson Haga Forensic Hall of Fame will officially open on Friday, June 17, with a reception at the Gee-Price Center at Fuqua School.

According to a school press release, in 1965 Haga started a forensic program at the then — Prince Edward Academy to allow students the opportunity to compete in debate and speech tournaments.

The program existed until the mid-1990s. “This year under the leadership of John Melton, Fuqua head of school, the forensic program was re-activated and Dr. Robert Frank was hired to serve as the coach,” the release stated.

To recognize her contributions to debate and speech, the newly created Forensic Hall of Fame will be named in honor of Haga.

“Her former students, colleagues and members of the community are urged to attend this event to honor a woman who has given so much to improving the lives at the school, Farmville and neighboring counties, as well as throughout the state of Virginia,” the release stated.

Those present will honor the contributions Haga has made to debate and speech to the school and to the surrounding area. According to the release, Haga also taught and coached speech at Longwood University.

“In that capacity, she hosted one of the largest high school debate and speech tournaments in Virginia each year. In order to allow schools with small or no budgets, her tournament was the least expensive invitational tournament in the state,” the release stated.

In the summers, Haga brought in outside coaches to run the debate, speech and drama workshops that provided students individualized training in these co-curricular activities. “In the early 1990s the Virginia High School League recognized her contributions to debate, speech and drama by inducting her into the Virginia High School League Hall of Fame,” according to the release.

During the event, members of the Fuqua debate team will be recognized for their accomplishments this year.

“After years of inactivity, Fuqua School’s charter in the National Forensic League (NFL) has been reactivated. Past members of the NFL will help induct the four newest members: Max Gebauer, Paavan Bonagiri, Christopher Kendall and Alexa Marzloff. The induction ceremony will be a symbolic event to connect the program of the past to the present one.”

Tickets are required to attend the event.