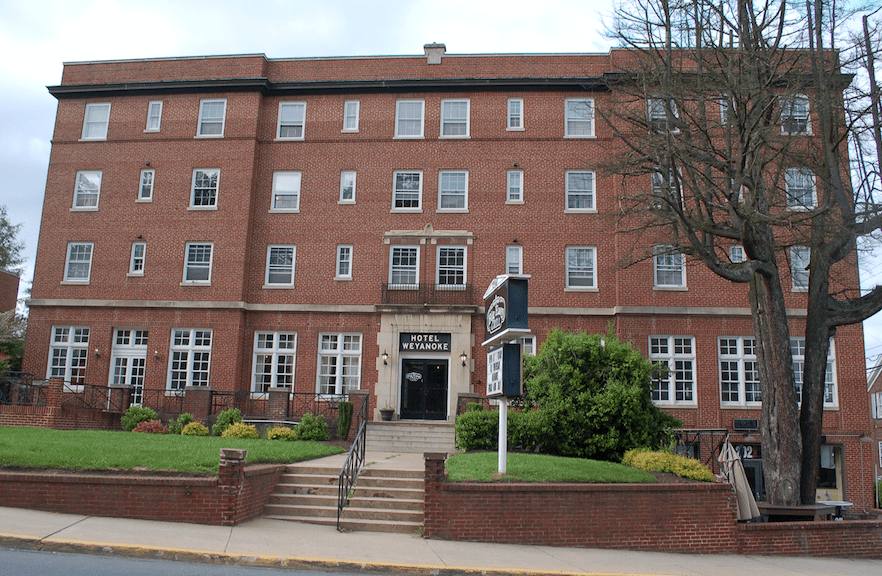 Jordan Miles | HERALD The Hotel Weyanoke building, located at 202 High St. in Farmville, is set to undergo a major renovation, restoring it back to a high-end hotel.

The Farmville Town Council has adopted a resolution in support of grant funds from the Tobacco Region Opportunity Fund (TROF) for the Hotel Weyanoke renovation project.

The action came during the council’s May 11 meeting.

The resolution stated the town is eligible to apply for the grant through the Virginia Tobacco Region Revitalization Commission for fiscal year 2016.

“It’s based on employment,” said Farmville Town Manager Gerald Spates. “We need council to adopt the resolution so they’ll be eligible for some grant money.”

According to the resolution, a three-party performance agreement is required for the grant, which consists of the Tobacco Region Revitalization Commission, the Town of Farmville and the developers of the hotel.

According to the Tobacco Region Revitalization Commission, TROF grants are awarded to localities within Virginia’s tobacco region in order to aid in job creation and investments.

New and existing businesses are eligible.

“Evaluation of award amount is consistent throughout the region and is based on the following criteria: local unemployment rates, prevailing wage rates, number of new jobs, capital investment levels, industry type and the possibility of related economic multiplier effect,” commission documents stated.

The Hotel Weyanoke renovation project was introduced in December when property co-owner Ross Fickenscher revealed plans to convert the existing property — located at 202 High St. in Farmville — into a high-end hotel.

“The Hotel Weyanoke development is moving along well,” Fickenscher said. “The plans call for a 70-room facility with multiple food and beverage offerings. The hotel rooms will include unique high-end finishes and design both in the historic building and in the addition to the rear.”

Fickenscher previously said the hotel would be based on a concept similar to the Craddock Terry in Lynchburg.

According to the resolution, “the Town of Farmville urges the Virginia Tobacco Region Revitalization Commission to recognize the need to provide the maximum funds allowable for this project, as it will provide 70 new jobs to the area and will enhance the ability of this tobacco region to attract outside investments.”

The resolution stated each new position could bring an estimated $25,000 annual salary for each full-time job.

“The food and beverage offerings, while not yet finalized, will each be designed to offer a ‘flavor’ not currently available in Farmville,” said Fickenscher.

“We are truly excited and grateful for the opportunity to work on this project. We believe this development will help continue the growth in downtown Farmville and make a significant addition to its economic base.”