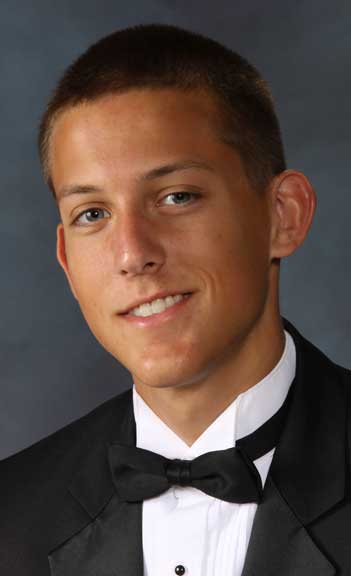 Fuqua School has announced the Class of 2016 valedictorian, salutatorian and giftorian.

The valedictorian is David John Hice, son of Arm Col. and Mrs. Jeffrey Hice of Farmville.

Hice’s hobbies are running, reading, and going out with his girlfriend. “Fuqua has given me the opportunity to stand out on an individual level and through my relationships with my friends, teachers, and faculty I have been able to focus and push myself farther than I ever could have imagined,” Hice said. “My dream job is to serve as an Infantry platoon leader in the United States Army.”

Fuqua School’s salutatorian is Clayton Stone Tucker, son of Mr. and Mrs. Rocky Tucker of Drakes Branch, and he will attend Hampden-Sydney College. 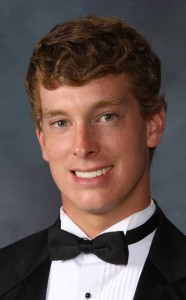 He earned the Silver Service and Friends of Fuqua Awards. Tucker enjoys many activities at school including Readers Club, Youth in Government (participating as a Senator in Model General Assembly), Youth for Christ, drum major of the Senior Band, varsity cross country and varsity soccer.  His hobbies include fishing, hanging out with friends and reading.

“Fuqua School has prepared me for college in many ways,” Tucker said. “The great quality of education that I have received will be something I will use throughout my life. I plan to attend Hampden-Sydney College and major in pre-law, go to law school and practice criminal law.”

Thomas Frederick Watson is giftorian and will attend the University of Virginia in the fall. 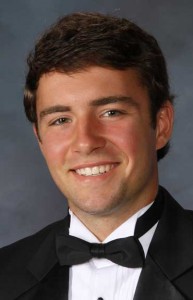 Watson is a member of the math, English, history, science, music and Spanish honor societies.

His hobbies are playing the trumpet, swimming and fishing with friends.

“Fuqua School has taught me that it does not matter where you come from; if you set your mind towards a goal and work to achieve that goal, then anything is possible,” Watson said.