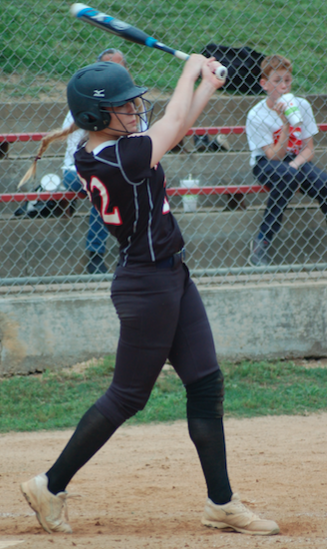 The third-seeded Fuqua School varsity softball team made progress in the state playoffs on Monday when it pulled away from visiting Portsmouth Christian School to win 14-4 in the Virginia Independent Schools Athletic Association Division III state quarterfinals.

Fuqua (8-7) advanced to play second-seeded Kenston Forest on Thursday evening in the VISAA Division III state semifinals at the Dinwiddie Sports Complex. The Lady Kavaliers advanced out of the quarterfinals by beating Westover Christian 10-0.

If the Lady Falcons won on Thursday, they play in the VISAA Division III state championship game Friday at 7 p.m. at the Dinwiddie Sports Complex. A time on Saturday has been set aside should there be inclement weather on Thursday or Friday.

Lady Falcons freshman Virginia Haney scored the final run of the game in the sixth inning to bring the run rule into effect against the sixth-seeded Lady Patriots.

“I thought it was a great performance today,” Fuqua Coach LaDonia Mujahid said of her team. “Fourteen runs — you can’t beat that. We fought all the way to the end. We came out swinging the bats today. It was just a great overall team effort.”

Her squad took a 4-1 lead after the second inning, but then Portsmouth Christian tied the game after the top of the third. Unfazed, the Lady Falcons responded with three runs in the bottom of the third, adding two in the fourth, four in the fifth and one in the sixth.

“Brittany Malone — she just came out and just ripped the ball today,” Mujahid said. “You also have to give credit to Katie Haney to come out as a leadoff and set the tone. Virginia, she moved runners with bunts and … she’s stroking the ball, too.”

Sophomore Hannah Gray Schmidt got the win in the circle, throwing four strikeouts and allowing six hits, four runs — two of them earned — and one walk in six innings.

“We played really well as a team,” Katie Haney said. “We had great defense, good pitching, our offense was on — everything kind of clicked today.”

Mujahid said getting the win and reaching the state semifinals “means the world to the girls and to the program, to have a 7-7 season, .500 season, but after that, you start a whole new one. … Everyone’s on the same playing field no matter what your record was. You could be 13-0. When it comes to the postseason, everybody’s 0-0, and today we’re 1-0.”

Haney confirmed the win was a big one for her and her teammates.

“Last year in states, we lost first round, which was kind of a disappointment, and I feel really strong that this year, we can go all the way and win states,” Haney said. “So step one we just accomplished.”

For coverage of the semifinals and finals, visit www.FarmvilleHerald.com.