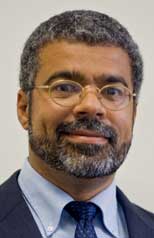 CUMBERLAND — Five people expressed disapproval during the public comment portion Tuesday with how the Cumberland County Board of Supervisors and its chairman conducted the public hearing on April 26.

The comments came during the board’s regular May meeting.

During the hearing on the proposed tax rates last month, District Two Supervisor and Board Chairman Lloyd Banks more than once asked Sheriff Darrell Hodges to escort speakers out of the courtroom because he said they were veering off topic onto unrelated matters. Other speakers curtailed their comments or refrained from speaking to avoid similar treatment.

“I have to say I have never been disrespected so blatantly by a member of our board county as I was that night, Mr. Banks,” Suzanne Moore said on Tuesday. “You’re a board chair, not a dictator, and that was the most undemocratic meeting I think I have ever attended.”

Carol Miller said, “We need to clean our act up a little bit here and be more tolerant of each other, allow each other to speak.”