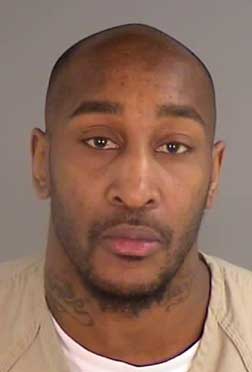 A 30-year-old Patterson, N.J., man has been indicted in connection with a February 2015 home invasion where a mother and her children were tied up in Cumberland.

Quashawn J. Boatwright was recently indicted by a grand jury in Cumberland Circuit Court on charges of robbery, two counts of abduction and kidnapping, two counts of using or displaying a firearm in commission of a felony and one count of breaking and entering with intent to rape, rob or murder.

All of the charges are felonies.

According to Cumberland County Sheriff Darrell Hodges, Boatwright was charged on Jan. 14.

Hodges says that Boatwright is one of the suspects connected to the incident.

Boatwright is being held at Henrico East Jail without bond. “He’s serving time there for charges there also,” Hodges said.

“We had a home invasion where two men came into a house, tied up a woman and her children. We thought it was drug-related at the time because they didn’t hurt anybody (and) they didn’t take any money or any of her jewelry. …,” he said.

The two forced their way in and ransacked the house, Hodges said.

The incident was reported near the Powhatan County line on Pine Grove Road, he said.

Investigators were able to collect fingerprints from items inside the home that Boatwright allegedly touched, Hodges said.

“When we had a suspect, the lab was able to identify those. Due to evidence recovered at the scene, we were able to link him to this.”

Hodges said that Boatwright had evidently been recently living in the Henrico/Richmond area.

“The state lab takes a long time,” he said of the time between the investigation and the arrest. “We had to do a lineup.”

A trial date has not been set.

Boatwright is being held without bond on charges in Henrico County.