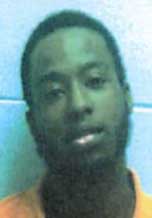 Two men have been charged in connection with the alleged rapes of two 13-year-olds in Prince Edward County.

According to Maj. David Wilmoth of the Prince Edward County Sheriff’s Office, 22-year-old Anthony Blanton, of Farmville, and 18-year-old De’Onte Blanton, of Lynchburg, are charged with taking indecent liberties with a child, carnal knowledge of a child, 13-15 years old and conspiracy to commit a felony. 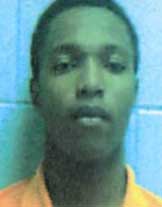 The charges are in connection with the “statutory rape” of the two girls, Wilmoth said. The two men were arrested on April 11 and are being held without bond at the Piedmont Regional Jail.

According to Wilmoth, the Amelia County Sheriff’s Office “had taken a report on April 9 of two juveniles (who) were missing. It was reported to us that the one juvenile had went to stay the night over at another juvenile’s house. They subsequently went missing,” he said.

“The mother of the juveniles reported them missing that day,” Wilmoth said. “They were located later on that day through the Amelia County investigation on the missing persons part. They were able to determine that they had stayed the night over in Prince Edward and had sexual contact with two adults. …”

The investigation led police to a residence on Depot Road in Rice.

The investigation is ongoing, Wilmoth said.