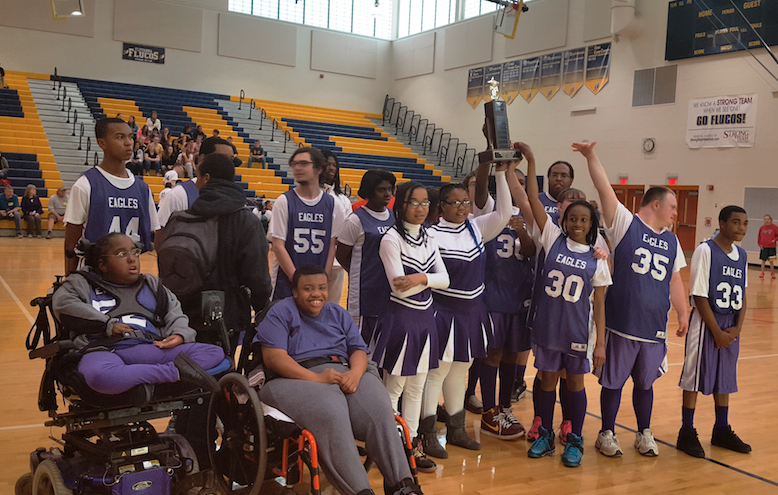 Excitement filled the air as it was finals day, the championship for the Heartland Conference of the Medford Basketball League.

Prince Edward had already participated in the Chesterfield division of the Medford League for four years prior. The league in Chesterfield became very large, so Draper decided that a league needed to be started in our area, she said.

“Another big hit on away game days is going out to a local restaurant to eat after the games,” said Draper. “Which also exposes our students to very needed life skills within their communities, ordering their own meals, paying for them and just getting out in the community. Hopefully more school districts in the area will be able to participate in the league.”

The players are all students identified with intellectual disabilities, autism, multiple disabilities or developmental disabilities. The league gives a chance to participate in a team sport.

Prince Edward’s team is coached by Jason Holman and Sandee Draper, with the Medford Cheerleaders being coached by Shakema Wilson.