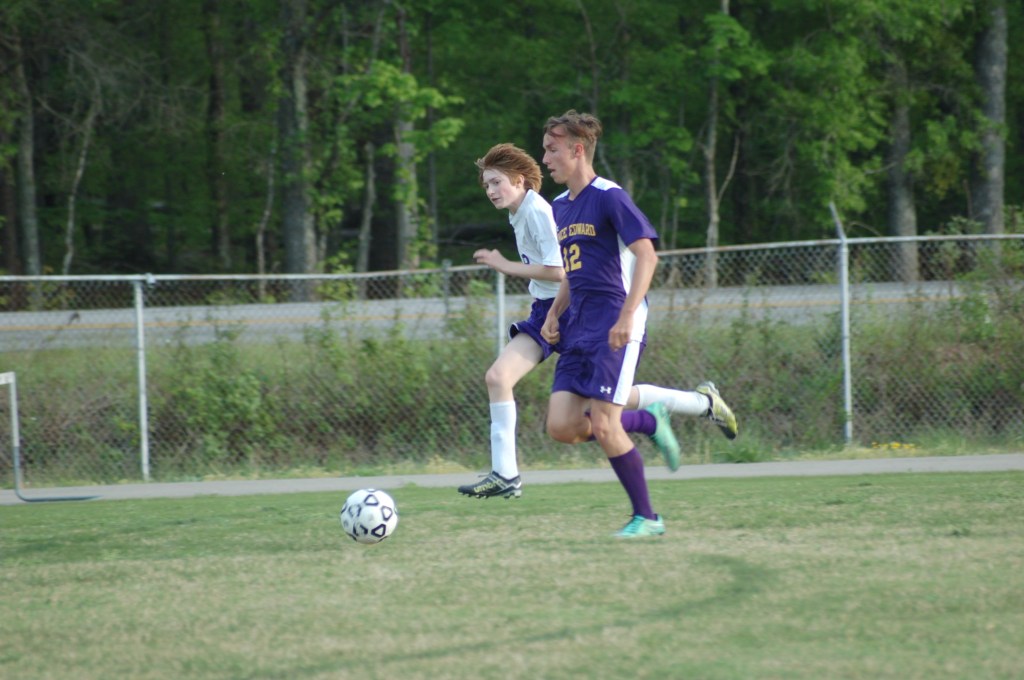 PECHS junior Alex Moller, No. 12, drives forward with the ball as freshman Cody Field of host Central Lunenburg High School races to get back. Moller scored five goals in the Eagles’ 9-1 victory.

“He brought a lot of energy,” Prince Edward coach Devin Pierce said. “He brought the energy that our team lacked.”

“I made a couple good runs,” said Moller, who is from Germany and a student in the foreign exchange program.

Despite the lopsided score, Pierce saw much room for improvement in his team’s play, which he called lazy.

When Prince Edward took on the Chargers in mid-March, the Eagles won 10-0.

Outside of Moller, the rest of Prince Edward’s goal tally came from junior Craig Burns, who added two, and senior Brady Atkins and sophomore Rafael Diaz, who scored one apiece. Diaz’ goal was the first of his varsity career.

The Eagles improved to 9-0 with the win, continuing to find success after an impressive 2015 season in which they won the district, won the conference and advanced to the regional semifinals before falling to the eventual state champion, George Mason High School.