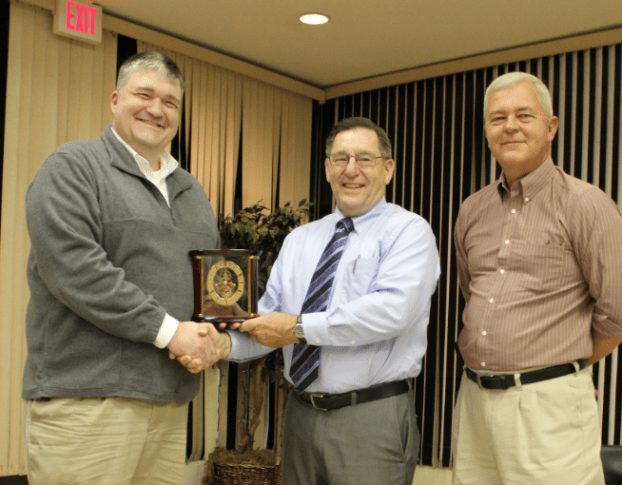 Capt. Brian Butler, left, was recognized for his over 27 years of service to the PEVRS. Butler, who is a lifetime member, has served as captain of the agency for 20 years. He has held numerous other training and executive positions with the rescue squad. Presenting Butler with the award are Squad President Bill Hogan, middle, and Gary Williams.

The Prince Edward Volunteer Rescue Squad (PEVRS) recently held its annual awards banquet, recognizing officers, volunteers and those who have made an impact on the community. The event, held at the Gee-Price Center at Fuqua School, celebrated the rescue squad’s successes and milestones for 2015. 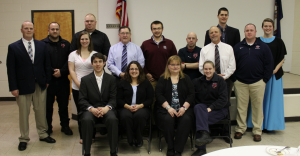 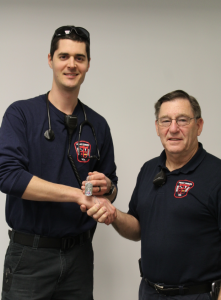 At right, Nat Carter, left, was named VFW Squadsperson of the Year. Congratulating him on his award is Squad President Bill Hogan. 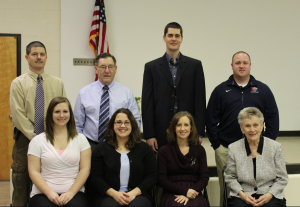