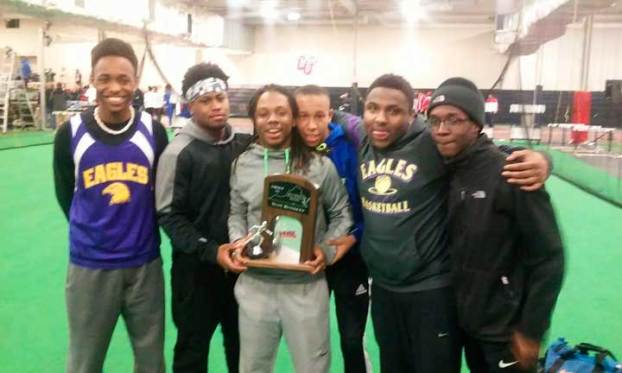 The team trailed Maggie Walker, who finished 50 points ahead of Prince Edward.

Brandon Scott placed second in the 55-meter dash with a time of 6.70, and Brian Moses placed fourth in the same event with a 6.79 time.

Lional Bowles placed sixth in the 500-meter event with a new school record time of 1:11.83.

Walton, Moses, Scott and Dennis Dubose also participated in the 200-meter relay and place second with a time of 1:37.07.

The girls 4X400-meter relay team was comprised of Jordan Booker, Makayla Booker, Salma Muhammad and Wynn. They placed eighth in the the relay with a 4:43 time.

Jordan Booker, Makayla Booker, Muhammad and Tanasia Miller participated in the 4X200-meter relay and placed ninth with a time of 1:59.53 to round out the team’s success.