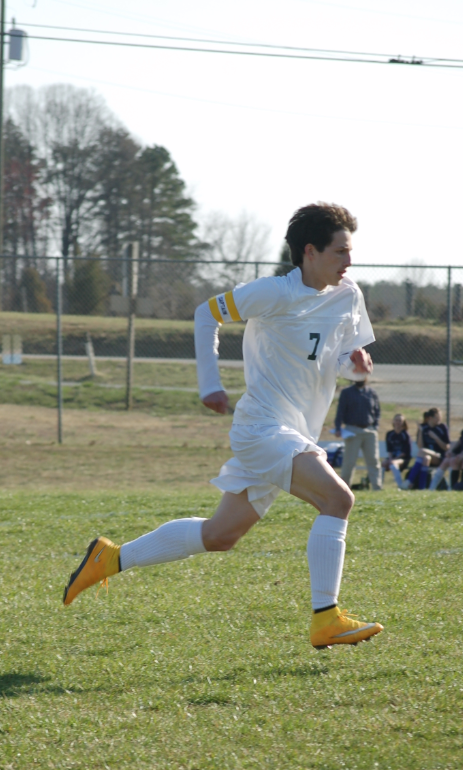 With the win, the Knights improve to 3-0 and hold the No. 2 ranking in the James River District. The team follows Prince Edward County High School in first.

“I will have to say that I am pleased with the way we have started the season,” said BCHS varsity boys soccer coach Brett Whittington. “We are young in some key spots, and lost Ethan Caldwell to an injury five minutes into our first scrimmage, but the guys stepped up and have played well.”

This week, the Buckingham team gets a short rest as the school is on spring break.

“We are taking a couple of days off for spring break. It sounds crazy, but I wish we could have been able to play over the break, because we were playing well,” Whittington said.

The Knights will return to action on Monday, when the team travels to Goochland High School for a 7 p.m. game.

They will then play on Wednesday, when they host Amelia County High School at 5 p.m.

“(These are) two teams that have been at the top of the conference for the last few years, so it will be a tough week,” said Whittington.

The tornado that destroyed homes in Evergreen on Feb. 24 in Appomattox County has produced two new batting cages at... read more