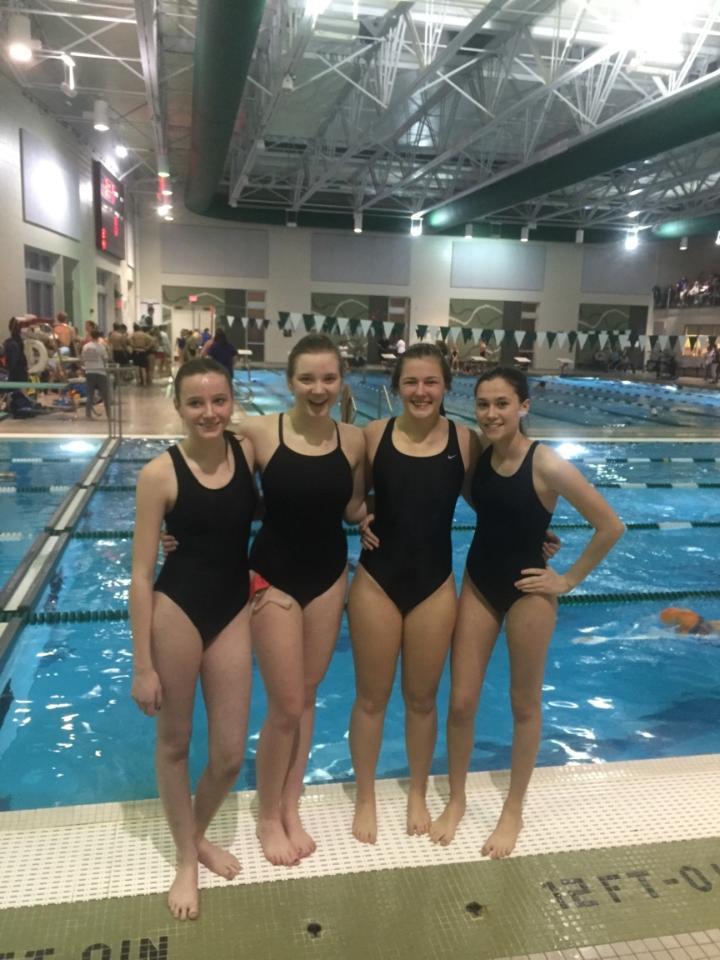 The Prince Edward County High School girls relay swim team has made waves this year in their performances, earning a chance to compete at the Virginia High School League (VHSL) 2A state swimming and diving championships.

This is the first time in PECHS history that a girls swim team has advanced to the state competition level. The swim program began 12 years ago.

“I think the success of the team comes from their commitment to come practice on a regular basis, and to give 100 percent while they are there,” said coach Bruce Bogese.

“The girls will only compete in the 200-free relay,” said Bogese. “They missed making the cut in the 200-medley relay by less than two seconds.”

The Prince Edward team will compete at the state competition on Sunday at the Christiansburg Aquatic Center. The competition will begin at 9:10 a.m.