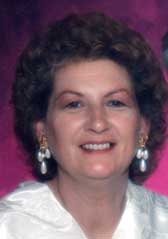 Marjorie Rush Dixon, 72, died peacefully on Monday, February 1, 2016 at her home in Buckingham County.  Marjorie was born March 7, 1943, in South Boston, the daughter of the late Thomas Clyde Rush and Elsie Land Rush.

Marjorie touched many lives and enjoyed her career as a Registered Nurse.  She was Director of Nursing at Heritage Hall in Dillwyn and the Village Nursing Center in Fork Union, prior to retiring.

Funeral services will be held on Friday, February 5 at 11 a.m. at the Dunkum Funeral Home, Dillwyn, with interment in the Buckingham Community Cemetery.

The family will receive friends on Thursday, February 4 from 5 until 7 p.m. at the funeral home.