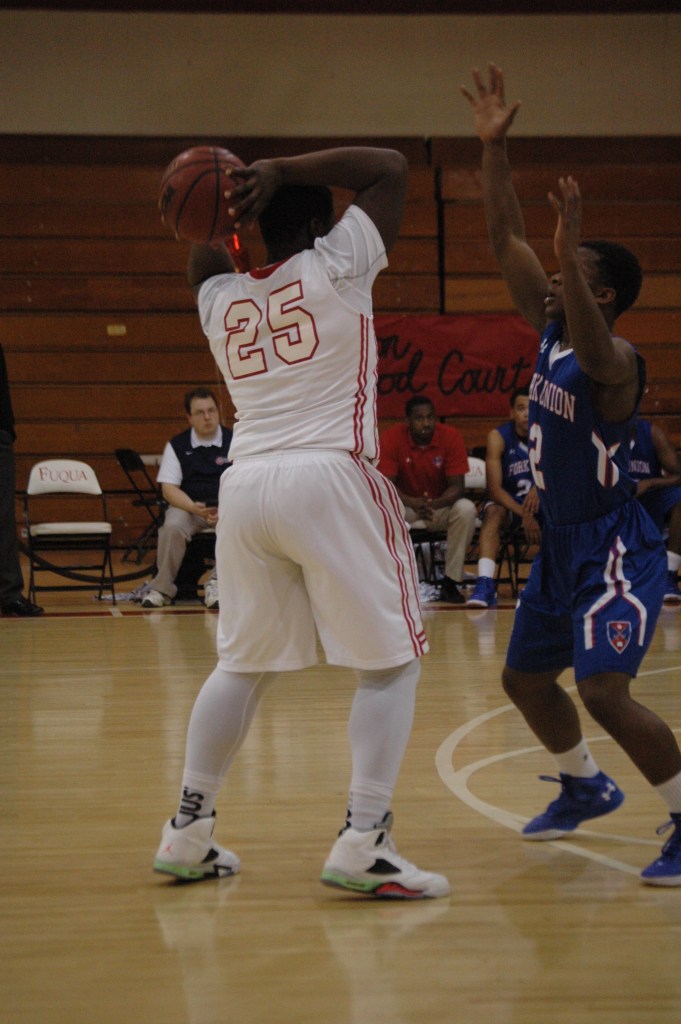 Although the Fuqua School varsity boys basketball team played a hard-fought battle on Thursday night and scored the first six points of the game, it could not keep up with Fork Union Military Academy’s (FUMA) hot shooting and quick rebounding that led the Blue Devils to a 68-41 win.

“It was a tough game for us tonight and we didn’t play the best that we could,” said Fuqua coach Chuck Thomas. “This is our first game back from the snow and we definitely have a few things to work on for our next games.”

The Falcons trailed the entire night after their short-lived streak at the beginning of the first quarter. It didn’t help that FUMA had more height to aid their team, which showed in the third quarter when FUMA post Detwon Shelton had a successful alley-oop dunk, with the help from teammate Stanley White.

Julian Gee was Fuqua’s top scorer with a game-high 26 points, 16 of those were scored in the second half alone. He also had 11 rebounds.

“Julian played well tonight, not that we gave him a lot of help. He continues to do well and he did a great job getting us 26 points tonight,” said Thomas.

“We are going to have to work on rebounding and foul shots for our next game. Fork Union had a lot of height on us this game, but we still need some work in the rebounding area,” said Thomas.

Fuqua will face Steward School on Wednesday at 6:30 p.m. at home.