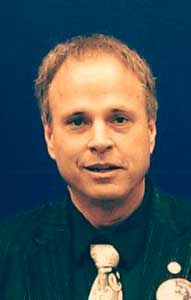 Charge against Marston thrown out

A misdemeanor trespassing charge against a former candidate for the Virginia House of Delegates has been tossed out of court. Before the election, Democrat Greg Marston was charged in Nottoway County.

From the start, Marston called the charge a personal conflict with political overtones, and his attorney agreed.

“No question in my mind there were political shenanigans at work,” former Richmond prosecutor and high-profile defense attorney Joe Morrissey said. “I’m not pointing fingers at anybody, but that’s my opinion.”

Morrissey said he was prepared to call witnesses, but the judge agreed with him that there was insufficient evidence for the matter to proceed and granted his motion to strike.

Marston was in the midst of challenging long-serving Republican Tommy Wright for the 61st House seat when the allegation was made. Marston lost the election.

Marston maintained the charge stemmed from long-running friction with Nottoway Public Schools Superintendent Daniel Grounard — but that the grudge was in support of, and with the approval of, Wright, who has held the seat since 2001.

The 61st district covers Amelia, Cumberland, and Lunenburg counties, and parts of Mecklenburg and Nottoway counties.

Marston was charged after a Monday, Sept. 28, confrontation when Marston and his friend and campaign manager Crystal Hallinen went to drop her daughter Caity at Nottoway Intermediate School. They were told that the girl could not enter the school because she was considered a resident of Prince Edward. Hallinen’s younger daughter, Aiden, attended Crewe Primary School.

Marston said there was a short argument between him and the school official, but that he left peacefully — albeit after leaving a message for Grounard: “You bring a bone, take one back.”

Within days after that incident, Marston was arrested and charged with disorderly conduct for being disruptive at the school. His court appearance ended up being continued until Wednesday, Jan. 6.

Marston said the friction with Grounard centered on the years he spent trying to develop an apprenticeship program at the Amelia-Nottoway Technical Center, and Grounard was trying to give Wright credit for his work and efforts.

Meanwhile, Hallinen faces an early February hearing on an allegation of filing a false statement of residency.

Shortly after the confrontation, Hallinen said she lived in Prince Edward until mid-July when she moved in with Marston and his family in their Crewe home. She said her children had been allowed to attend Nottoway schools because she had worked for the system in the cafeteria at Blackstone Primary School for two years until June.

As evidence of her residence, Hallinen pointed to a driver’s license with a Crewe address, and the fact that classwork for Aiden from the primary school was mailed to the same address.

Hallinen too is represented by Morrissey, and declined comment until after her court appearance. Morrissey said “there is absolutely zero merit to the charge against” her.

Marston has been quoted saying that a civil suit will be brought against the county and school division.