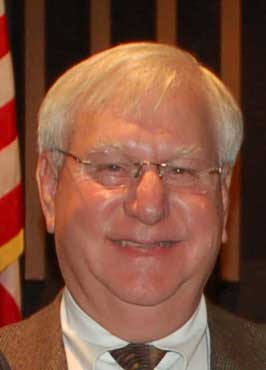 No supervisors on Y board

No Prince Edward County supervisors will sit on the Southside Virginia Family YMCA this year.

The board, during its Tuesday reorganizational meeting, voted unanimously not to appoint two supervisors to the YMCA’s board as it has done since 2006.

Buffalo District 501 Supervisor C.R. “Bob” Timmons proposed not to appoint anyone, citing a “conflict of interest issue” that had been raised after two citizens spoke against the appointments.

“We should not have anymore representation on that, I think,” he said, “and eliminate this conflict of interest issue that has been brought up. And I just don’t think it’s good for us to be there.”

The decision comes one month after Kipper Lafoon, a member of the Y’s board of directors, asked the county to co-sign a note to refinance the association’s $2.1 million of debt.

He said that the Y has struggled from “month-to-month” with bills, payroll and the existing debt load. Supervisors took no action on the Y’s request in December.

Just weeks ago, the Y’s board of directors announced the resignation of Jane Schirmer, the Y’s chief executive officer.

In December, supervisors voted 7-1 to table a proposed promissory note laying out the Y’s terms of paying back of the one of three planned $50,000 installments — the only one of which has been allocated.

Neither the promissory note nor the terms of the loan were discussed during the Tuesday meeting.

During the Tuesday board meeting, county residents Richard Altice and Cindy Koether said it was a conflict of interest for supervisors to both serve on the YMCA board and the board of supervisors.

“In August of 2006, when the idea of a new YMCA being built, when the county gifted the land to the YMCA and then provided $1.5 million for the construction of the new Y, part of the partnership agreement with the Y … was that because of the gift, the YMCA board authorized the appointment of two members of the board of supervisors to the YMCA board,” said County Administrator Wade Bartlett.

“It’s not a mandate. The YMCA authorized this,” he said of the two positions on the Y board.

“I can’t see that the YMCA is a governmental function,” Altice told supervisors on Tuesday. “I would like to voice my disapproval of appointing any supervisor on the YMCA board, much less give the YMCA any tax money.”

“We are frankly trying to regroup and restructure financially so that we might be able to pay our bills,” YMCA board member Kipper Lafoon told supervisors at their December meeting, “and sustain ourselves without coming back periodically for help from the board of supervisors and without hitting our community so hard in terms of donations.”

He said one way to curb expenses and “cure our ills right now is to refinance.”

Lafoon said the existing $2.1 million debt was “…quite a bit more than we had originally planned for … We’ve been struggling with that kind of a debt. We’re financed at right at 6.95 percent interest. And our monthly payments are in excess of $19,000 a month.”