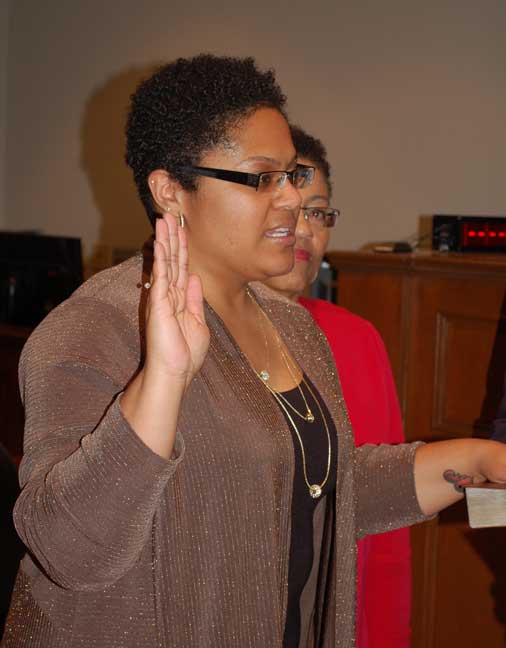 ‘Great, great beliefs’ for what Clark will do for Prince Edward County

History was made on Monday afternoon in a packed courtroom in Prince Edward County as Megan L. Clark — the first African-American and female to hold the position of commonwealth’s attorney in the county — was sworn in by Circuit Court Judge Kimberly White. Clark, a 2001 graduate of Prince Edward County High School and the daughter of Lorenzo and Theresa Clark of Prince Edward, didn’t campaign on her gender or race, but on her ability to serve and credentials as an experienced prosecutor. “I think that it does speak volumes that the community is ready for a change,” she told The Herald regarding her Nov. 3 victory. We agree with her, and this change is good for the entire community and one that should be embraced by all of us. “I have great, great beliefs for what Megan Clark is going to do for Prince Edward County,” Appomattox Commonwealth’s Attorney Darrell Puckett said during the ceremony.” So do we. (Send ‘Way to Go’ photos to waytogo@farmvilleherald.com.)

Jamerson and Allen team up to help children

When she found out that majority of foster children come into care without any possessions or with their possessions in... read more