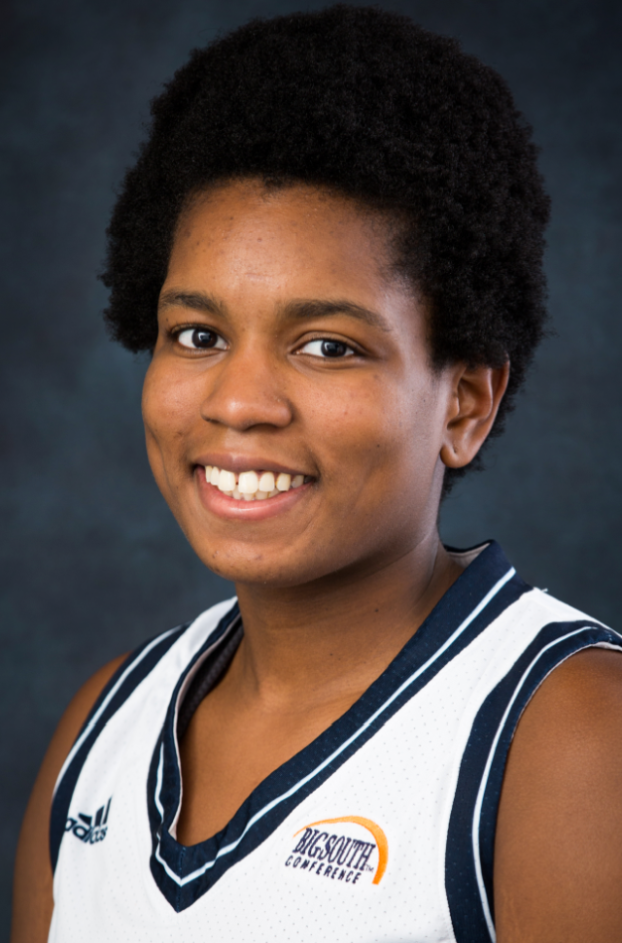 A double-double from Gardner-Webb senior forward Olivia Parker of 15 points to go along with 12 rebounds led the Runnin’ Bulldogs to a 67-42 victory over the visiting Longwood University women’s basketball team Tuesday night inside Paul Porter Arena.

The win for Gardner-Webb (12-6, 6-2 BSC) marked its fifth straight win since the start of the New Year, as the squad improved to 8-2 inside its home arena.

Meanwhile, the Lancers (5-13, 2-7 BSC) dropped their fourth straight game, which marks their longest losing streak of the season.

Parker — who was honored before the game for becoming a member of Gardner-Webb’s 1,000-point club — finished the night 6-of-11 from the floor, while adding her game-high 12 boards to go along with an assist and two blocks in 23 minutes.

Alexus Hill added 15 points to go along with Parker’s performance, as she knocked down 6-of-15 field goals and hit three of Gardner-Webb’s five three-point field goals in the game.

After Longwood took a 17-15 lead early in the second quarter off a three-point jumper from Deborah Headen, the Runnin’ Bulldogs scored 16 of the next 21 points over the final 9:55 of the half to take a 31-22 lead into the locker room.

The Runnin’ Bulldogs continued its momentum after the intermission, limiting Longwood to just two third quarter points while extending the lead to 47-24 after three quarters. The two points for the Lancers marks the lowest point total for the squad in a single quarter this season

Gardner-Webb shot the ball .500 (16-of-32) in the second half, while holding a 42-12 scoring margin in points in the paint for the contest. The Runnin’ Bulldog defense also frustrated the Lancers, as Longwood shot just .206 (3-of-15) in the second half.

Headen tallied a team-high 13 points in the loss, marking the eighth time in the last 11 games. Daeisha Brown added nine points to climb within 42 points of becoming the 21st player in school history to reach the 1,000-point plateau, while Eboni Gilliam added a team-high 11 boards.

The game also marked the return of Khalilah Ali, who missed the final 22 games of last season and first 17 games of this season with a torn ACL. Ali grabbed one rebound in four minutes in her return to the court.

Longwood has four days to prepare for its next game against Liberty. That game is set for a 2 p.m. tip and will be the first game of a doubleheader along with the men’s basketball team.

POSITION: Guard. FAVORITE PART OF MY SPORT: It would definitely have to be winning. But, it is just love for... read more