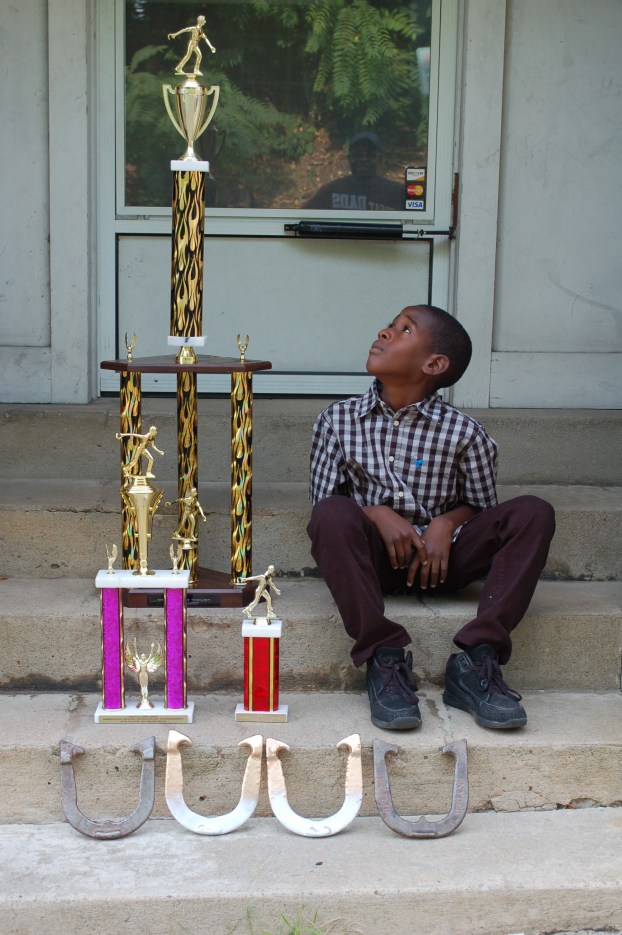 Raquan “Boonie” Bolden, of Amelia, looks up at one of his horseshoe tournament trophies in September. Hannah Davis | Herald

Though every photo snapped recorded time, people, places and history across the Heart of Virginia, some of our staff photos stood out as more impactful than others. 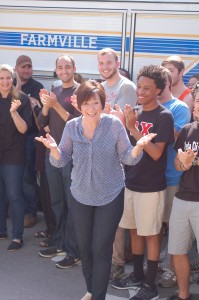 Walker’s Diner, located on North Main Street in downtown Farmville, was renovated in May by The Food Network’s American Diner Revival, after being selected as part of the new television series. The show’s Amanda Freitag and Ty Pennington travel the country empowering towns to lend a hand in saving their diners. Diner owner Arlene Mosher, pictured, along with her family, were present among a large crowd that surprised her with the renovations.
Jordan Miles – Herald 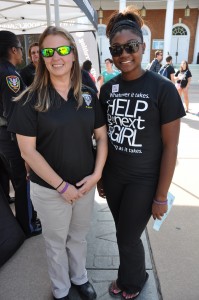 Farmville Police Officer Christie Mouser, left, and Alpha Beta Psi’s Vice President and Chaplain Keya Jackson, took a stand against violent acts committed towards women in the community during the Save The Next Girl community partnership kick-off held in September.
Italia Gregory – Herald 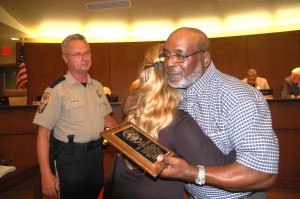 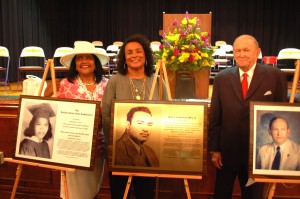 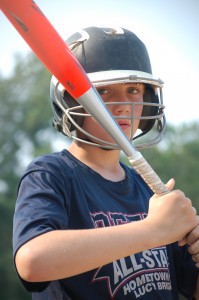 PEFYA’s Austyn Jamerson waits to bat during a game in July. 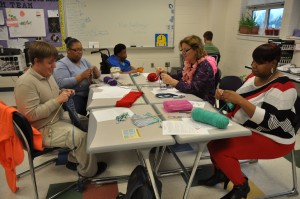 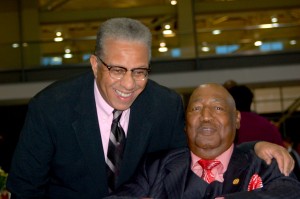 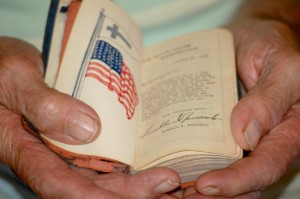 World War II veteran Hugh Earl Allen holds the Gideon Testament he carried in his pocket during the invasion of Normandy on D-Day.
Marge Swayne | Herald 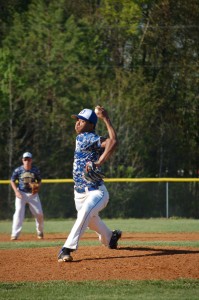 A special prosecutor is investigating an alleged rape on Longwood University’s campus during the New Year’s holiday. No charges have... read more