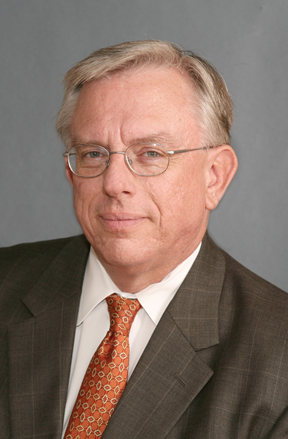 Smith will not renew contract as division superintendent

According to a statement to the county’s school board, Smith has served as division superintendent for six years.

“I am announcing that I am not seeking a contract renewal, and my current contract will expire June 30,” he said.

At the end of this five-sentence statement, he said “As you have heard me say many times … If you are not thinking first of the children, then perhaps you should think again!”

“I think the statement says it pretty completely,” Smith said when asked a specific reason for his departure. “I’m doing it because it’s my choice to pursue some other options.” He said he hopes to remain in the education profession in the region.

Buffalo Heights District Representative and Board Chairman Russell Dove said Smith indicated to him that he decided to “explore some other opportunities” in his departure from Prince Edward.

He said the schools have made significant improvements “that will be long-lasting, even though there are many improvements yet to be made.”

“Please remember that the only reason that we work so diligently is because we know the power of education in the lives of children,” Smith’s statement read.

“There are many successes that we could point to,” he told The Herald, calling the high school’s full state accreditation, the implementation of The Leader in Me program, the approval of $5.1 million in school renovations, improvements of student and staff technology use, improvements in instruction and the school’s full accreditation by educational firm AdvanceEd successes for the division.

He called the full accreditation of the high school — following a turnaround process — a “significant accomplishment.”

“The significant challenge that we face is the same thing that all school divisions, especially in Southside Virginia, but in the full state as well, that everyone is facing … responding to the continuing changes in accreditation at the state and federal level,” Smith responded when asked the challenges the division faces.

He said the schools also struggle with continuing to improve the quality of instruction and quality of student achievement.

Smith said that he appreciated the way the school board has worked to support the teachers, administrators and staff.

“We’re also appreciated of the budget support shown by the board of supervisors,” he said, “and we know that from both the state and federal levels there will be continuing challenges with finding sufficient funds to continue to make the changes and improvements that are needed.”

When asked about the last sentence of his statement, he said, “For everyone in education and for everyone who supports education, it’s imperative that our focus no matter what the task at hand is at any given time [or] any given day, we have to focus on the benefit of what we all do directly impacting children. That’s the reason that schools exist.”

According to Dove, the school board had entered into closed session at least once during the past year to discuss Smith’s contract.

“I’m in the process of conducting some preliminary leg work right now,” he said, “and I suspect I’ll possibly call a special meeting of the board sometime right after the first of the year to determine what the selection process would be.”

“I think I speak for the board when I say we’re [pleased] with some of the progress we’ve made in some areas,” he said. “We’ve reduced our dropout rate, although it’s not [the] rate we would like for it to be, the high school is currently fully accredited and the other two schools are no longer focus schools.”