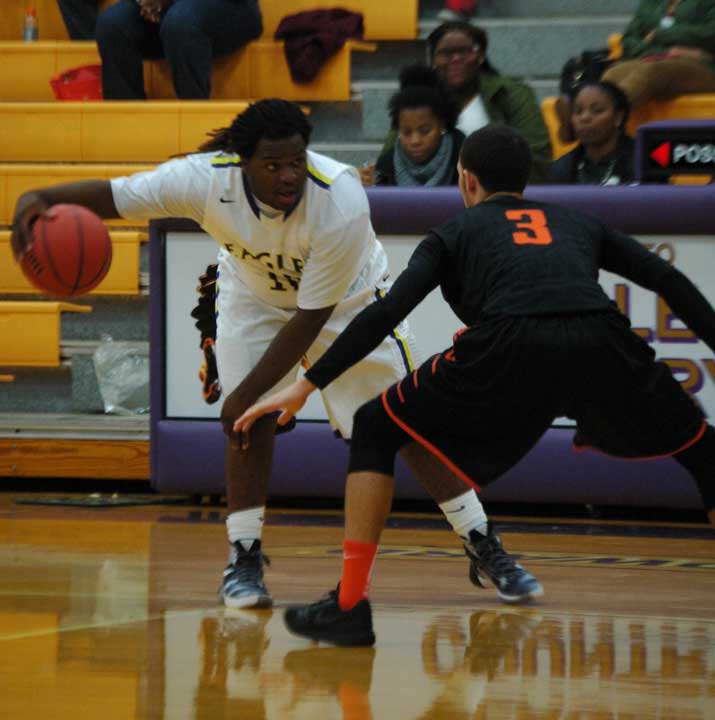 Prince Edward’s Marty Blount tries to dribble past an opponent.

Despite holding a lead until the end of the third quarter and Keavon Braxton’s 17-point effort, the Prince Edward Eagles varsity boys basketball team lost 52-40 to three-time defending 1A state champions Altavista on Friday night.

After a solid first-half performance, the Eagles allowed the Colonels to catch up during the third quarter when Altavista tied the game 25-25 and went on a 5-0 run.

It didn’t help that Bigelow fouled out in the second half.

Prince Edward was unable to bounce back and fell short in the end by 12 points.

“We just didn’t execute well at the end with small things, like rebounds,” said PECHS varsity basketball head coach James Scott. “All of that can be fixed, though. These guys are hard workers and can do it.”

With the loss, the Eagles drop to 1-1. Altavista improves to 1-1 with the win.

Prince Edward will return to action on Friday when it hosts the Goochland Bulldogs in a 7 p.m. district contest.