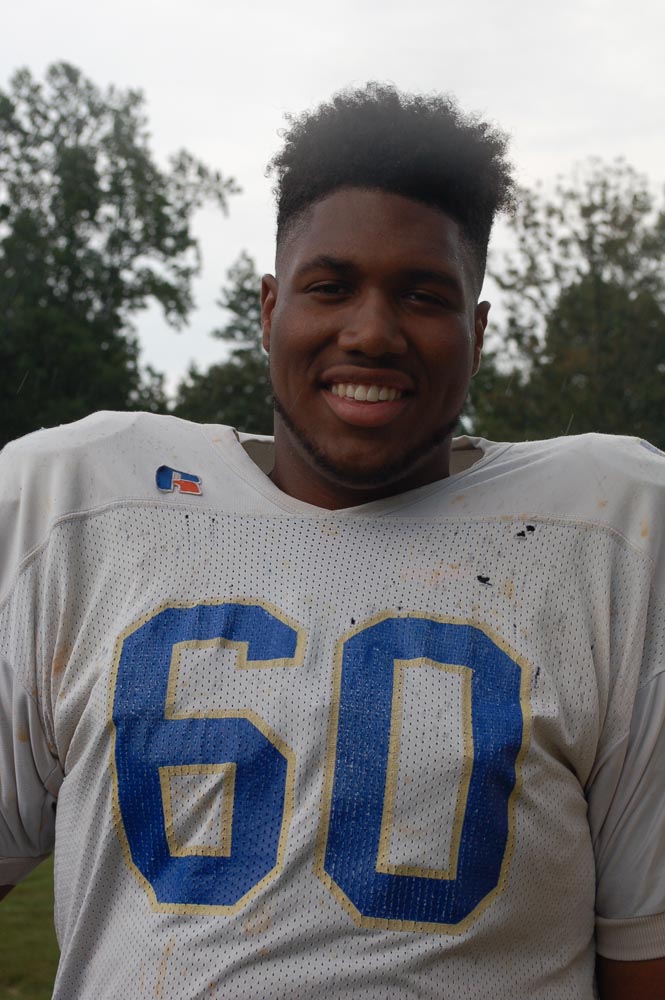 Cumberland High School’s T.J. Jackson has made a verbal commitment to attend Virginia Tech and play football for the school under first-year head coach Justin Fuente.

“… I was in class and they called me to the office, and I got on the phone with them, and they offered me a full ride,” Jackson said. “So I was like, ‘Man, this is crazy.’ I talked to my parents, and I committed. …”

The 6-foot-9, 330-pound standout was a key player for the Dukes (2-7) this season. He played football at Wesleyan Christian Academy in North Carolina last year, and the year before at Fuqua School.

“T.J. has exceptional agility for a young man of his size,” said Cumberland head coach Edgar Knapp. “He moves incredibly well. His reach is very long and combined with his speed he becomes a powerful blocker. Because T.J. has really only been playing football for three years, the intensive coaching he’ll receive at the next level will improve on his technique across the board.”