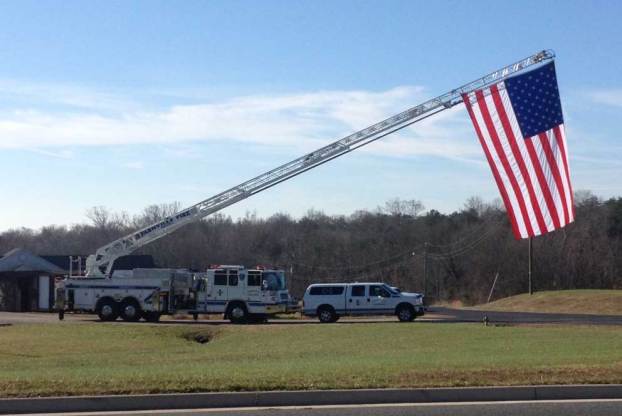 Farmville Fire honors one of its own

In honor and remembrance of former Farmville police chief and Farmville Volunteer Fire Department (FVFD) member Stuart O. Dunnavant, members of the FVFD prominently displayed this American flag with a ladder truck during his funeral service last week. We commend the firefighters who helped erect this flag, including Bryan Saxtan, Cayden Eagles, Jared Clendenin, Robert Hammock, Walt Whitt, Tyler Laffolette and Shayne Mims. We also posthumously commend Dunnavant for his 40 years of dedication and service to this community, which is a better place because of his good work. Send ‘Way to Go’ photos to waytogo@farmvilleherald.com.

Marie Sweeney, of Buckingham, has been involved for about eight years in Buckingham’s VFW Post. She previously served as post... read more