The VISAA announced Thursday the list of players that earned All-State honors, including Brad Davis, Tyler Frink and Warren Dabney.

“All three are great kids and really deserve the awards they got,” said Fuqua head coach Ben Manis.

Frink, a three-year All-State linebacker, will be truly missed next year, according to Manis. “Frink is such a natural football player. He has got instinct that college coaches wonder about,” said Manis. “He is a heck of a kid and I wish we had him one more year.”

Davis, however, is a junior who will be returning next season. “He knows every single one of our plays inside and out. He could run the whole offense and defense,” said Manis. “I think he can make a real big difference at the next level. He is the kind of kid you can count on.” 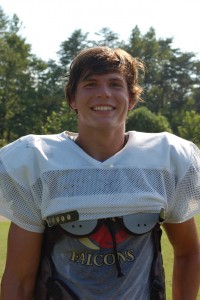 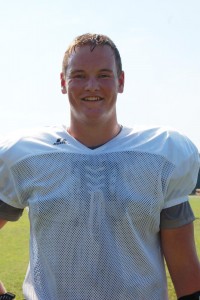 Dabney will also be returning to the Falcons’ lineup next year as he is a sophomore. “Warren is like a wrecking ball on the offensive and defensive line. He has a great motor, is unblockable and is a good basketball player, too,” Manis said. “He has great potential over the next two years. I can’t wait to watch him.”