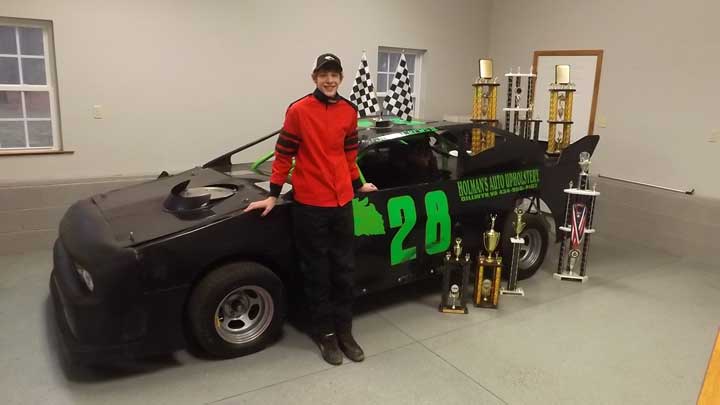 Eastside Speedway, in Waynesboro, held its annual awards banquet recently and 15-year-old John R. Crews III, of Buckingham, was presented with the fourth-place points championship trophy in the Mini Modified Division. This is an important accomplishment for Crews considering all other drivers racing for the championship were adults. Crews competed at Natural Bridge Speedway on the weekends when Eastside did not have races. He finished the 2015 season with a victory and nine top 5 finishes. Next season John will move to the Sportsman Division.