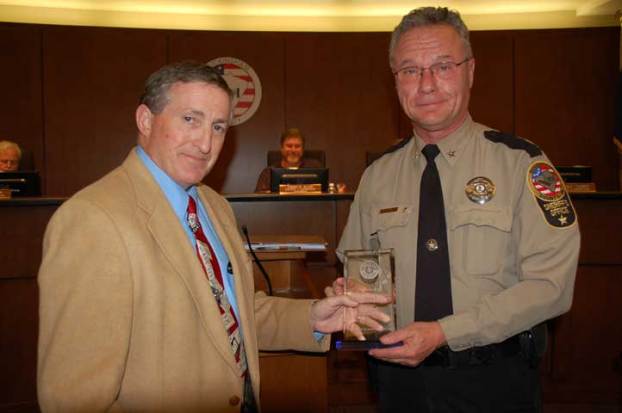 Buckingham sheriff and citizens commended for buckling up while traveling

The Buckingham County Sheriff’s Office recently received an award for the high use of seatbelts among its drivers and its enforcement efforts during the May Click It or Ticket campaign. According to Michael Nash, left, with the Virginia DMV Highway Safety Office, the award was for post survey statistics following the enforcement and media campaign. The Highest Seat Belt Usage Award went to Buckingham based on the 97 percent seat belt use rate, he said. “The statewide average is 80.9 percent. So that was a tremendous job and effort by the Buckingham Sheriff’s Office,” Nash said. Accepting the award is Buckingham Sheriff William G. “Billy” Kidd Jr. We commend the sheriff and Buckingham’s drivers for keeping safety in mind when traveling. Send “Way to Go” photos to waytogo@farmvilleherald.com.

Siblings seek to improve the lives of Cumberland’s less fortunate