Entering his first year of collegiate football, freshman running back Koonce led the conference in rushing yards (1,313) and the team in touchdowns (12). He was also named Old Dominion Athletic Conference Rookie of the Year last week.

Sophomore wide receiver Cam Johnson led the team in receiving yards, averaging 86 per game, and was just two behind Koonce in touchdowns scored. 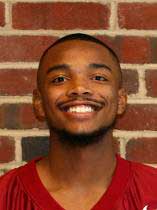 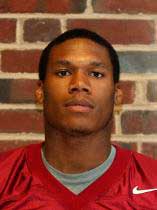 Combined, the two made up for 20 of the team’s 35 touchdowns this season after playing in all nine games.

Aside from their success on the field, the pair have something larger bonding them — their hometown.

Although Koonce’s Hampden-Sydney profile credits Charlottesville as his hometown, he moved there for his junior and senior years of high school.

Prior to moving, Koonce had lived his whole life in Buckingham. Koonce and fellow Buckingham native Johnson had played with each other since their days in the Buckingham County Youth League.

They began their journey to becoming collegiate athletes under the same coach, Larry White, who instilled lessons the players remember today.

“He told me never allow one person to bring you down,” said Koonce, who still plays by the words of his first football coach in Hampden-Sydney games. “If I let one person bring me down, I’m not doing my job then.”

While under White and beginning in youth league, Johnson said, “Basically, I fell in love with the sport and here I am now.”

White easily recalls both players and still tries to stay in touch, messaging them words of pride from time to time.

“I always told both of them along with others, if you want something in life you got to work for it,” said White.

He described both players as talented even at 10 years old.

Calling Koonce “unbelieveable,” White said, “I remember when I first gave him a chance to run the ball, he scored a touchdown.”

White started Johnson as a quarterback and told him to use the speed he now uses as a wide receiver to his advantage.

The pair credits Buckingham County for their positive development, not only as players, but as people.

“The atmosphere and being around the family in the community made me appreciate the sport that much more,” said Johnson, who has lived in Buckingham his whole life.

Johnson chose to remain local and play for Hampden-Sydney to stay near his family and those who encouraged him over the years.

Koonce moved to Charlottesville in order to remove himself from negative influences preventing him from reaching his goals in high school, saying he needed a “fresh start.”

“I knew if I kept doing what I was doing I wouldn’t get there so I had to get away from Buckingham,” said Koonce.

When Hampden-Sydney gave him the chance to return to the area, he sprang on the opportunity

Both view their positions as collegiate football players as a way to give back to their community, especially with the children who are beginning to fall in love with football through the youth league like they did.

“It’s a lot of kids around the area who look up to guys like us,” said Koonce. “They see what we’re doing and we inspire them.”

“To have those little guys look up to me, that’s awesome,” said Johnson, citing another reason he stayed local was so they could watch him.

White also noted their influence on the community.

“Both of them work hard. They tell other kids what they have to do get to the next level,” said White. “Everyone I talk to is excited about how good they’re doing in college. I know it makes me feel good to see two kids I coached do well on the next level.”

Given the opportunity, Koonce and Johnson considered staying in or near Buckingham an option after college. Johnson said he was “toying with the idea” and would enjoy seeing kids develop in the community, and would like to “guide them in the right direction.”

“If there are opportunities, then I would consider it,” said Koonce, whose graduation is far on the horizon as a freshman. “(It’s) a great place to be around.”