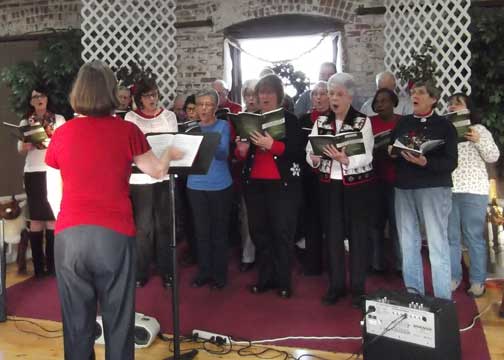 One of the popular greeneries of Christmas is the holly and its red berries.  Popular usage of this greenery dates back to ancient cultures.

In Norse mythology, holly was associated with the god of thunder Thor and the leaves were brought into the home to prevent lightning strikes.

The Romans used holly in the festival dedicated to the sun god Saturn and the winter solstice celebration of Saturnalia.

Holly was believed to have magical powers in many ancient cultures. The howling, icy winds in the dark nights of winter were believed to be ghosts and demons. Decorating with holly would ward off these evil spirits.

Some pagan rituals involved the placing of holly leaves around the outside of the home to invite the tiny good fairies of the forest to come to the home and shelter under the leaves and bring good fortune to the family.

As Christianity spread across Europe, holly was used as a winter decoration over the doors of homes to avoid persecution. In time the prickly leaves came to represent the crown of thorns that Jesus wore when he was crucified. The berries symbolize the drops of blood that were shed by Jesus because of the thorns.

Holly boughs were the major evergreen decoration in many homes until in the 1800s British Queen Victoria and her husband, Prince Albert of Germany, brought the German tradition of an evergreen tree into their royal home and the Pennsylvania Germans brought their tradition to America. 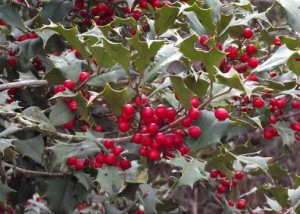 Holly has been an end-of-year holiday decoration from the times of the ancient Roman Saturnalia to our modern Christmas.

Olive Branch United Methodist Church will have its annual Christmas covered dish buffet and program after the worship service on Sunday.

Elon Baptist Church in Pamplin is having services at 5 p.m. Christmas Eve.

Evergreen Baptist Church is having Christmas Eve service at 6 p.m.

There will be a Christmas play with fellowship after on Christmas Eve at Chestnut Grove Baptist.

Bag Ladies Bingo met last Saturday at the home of Bernard and Dorothy Adcock.  The charities were the Clothes Closet and the Bread of Life of Lynchburg.

Sympathy is extended to the family and friends of Robert Wiley Jackson and Curtis Johnson.