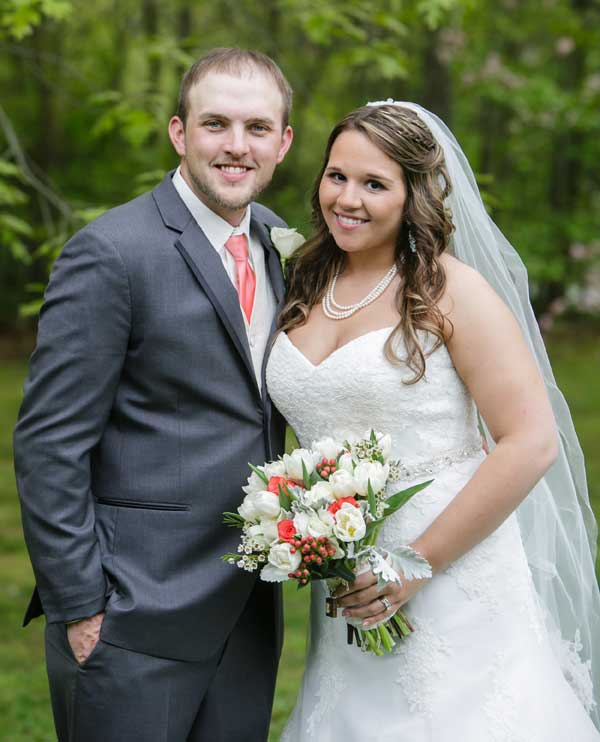 The marriage of Miss Karmen Renee Rizzo and Stockton Ray Massie took place on Saturday, May 2, at Glencliff Manor in Rustburg.

Following a honeymoon in the Bahamas, the couple reside in Dublin, Va.

The bride is a graduate of Lord Botetourt High School. She earned her Bachelor and Master of Psychology degrees from Radford University.  She is employed as an AFS clinician by New River Valley Community Services.

The groom is a graduate of Fuqua School and received a Bachelor of Physics degree from Radford University.  He is employed by CSX Transportation.