The search for Hampden-Sydney College’s 25th president is in full swing, though the target hire date has been moved from March 1 to March 15.

According to H-SC’s Director of Marketing and Communications Thomas Shomo, the date was moved based on an overwhelming response from constituents regarding the leadership profile and an abundance of nominees.

Shomo said the institution wanted to allow additional time to go back and implement suggested changes to the profile.

The revised profile serves as a guide to assist qualified prospects with information about the position and the college. An overview of the position is provided in the profile, along with the values and purpose of the college community.

Shomo said the search is progressing as planned and the college is pleased with the number of nominees and the involvement of constituents. 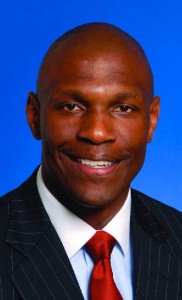 The leadership profile for the position calls for a candidate with at least 10 years of leadership and management experience in a similar setting and an earned terminal degree among other qualifications. Preliminary interviews will be held the week of Jan. 11, 2015.

Shomo anticipates that the new president will not arrive until this summer.

“Hampden-Sydney College’s president will be a leader who finds deep, personal resonance with the college’s core mission of ‘forming good men and good citizens in an atmosphere of sound learning.’ The president will embrace the college’s history and traditions as central to its future. He or she will thrive in the intimate environment of the liberal arts college and will build sincere personal relationships across the college community and in keeping with its character,” the leadership profile stated.

In a letter to the Hampden-Sydney community, M. Peebles Harrison ’89, chairman of the presidential search committee, said Dr. Dennis Stevens will officially be named interim president on January 4, 2016.

In the meantime, Stevens has been working closely with Dr. Christopher Howard and the presidential search committee to ensure a smooth transition.

“My last three years at the college involved working closely with the president and the board of trustees, and I am drawing on that experience to help me prepare to serve as interim president,” Stevens said. “In addition, I now have regular conferences with the chair and vice-chair of our board. I already work closely with our faculty, and I plan to continue to hold faculty discussion group meetings. In order to understand what issues are especially important to our students, I recently met with the president of our student body. I also asked him to recommend to me a representative group of students with whom I could meet before I become the interim president,” he said.

Stevens said he would also be spending a night in one of the residence halls to meet with the students on campus and address any concerns they have.

“Just recently I met with our alumni board to listen to them, and I will be meeting with our parents’ council soon to get their perspective on what is important,” Stevens said. “I have also met with the new provost at Longwood University, Joan Neff, to talk about ways we might work together. I still have a lot of work to do, but these are some of the things I have been doing to prepare to serve … as interim president.”

Shomo couldn’t say how many applications had been received for the position.

H-SC announced that Howard was named president of Robert Morris University in Pennsylvania in September.

Freshmen at Hampden-Sydney College are taking early measures to be the future leaders of tomorrow through the Wilson Center’s Freshman... read more