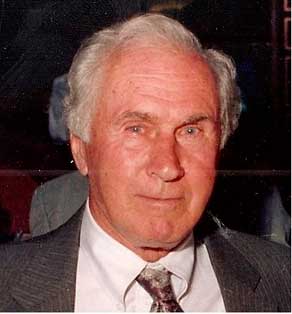 Clarence Vestal Easter, 96, passed away peacefully, surrounded by his family, at his home in Charlottesville, Virginia, on November  3, 2015.  He was born on June 19, 1919 in Wilkes County, North Carolina, to the late Thomas and Evelyn Thomas Easter.

A devoted husband, Clarence was preceded in death by his wife of 65 years, Frances O. Easter. He was also preceded in death by one sister, Virginia E. Latham, four brothers, Glenn, Harley, Harold and Vernon Easter, a son- in- law, James R. Jarman, Jr., and a grandson, Caleb J. Easter.

Clarence attended John Randolph High School in Cumberland.  He devoted four years of his life serving in the United States Army as an engineer under General George S. Patton. He fought in both the North African and Italian Campaigns during World War II, and he was a recipient of the Purple Heart.  In 1955, he moved from Farmville to Charlottesville where he started his own construction company, appropriately named Clarence Easter & Sons .

Affectionately known as “Ranger” to many of his family and friends, Clarence was an avid sportsman. He loved hunting, fishing, and being outdoors.  He had a green thumb, always growing beautiful flowers and fresh vegetables in his gardens.  He loved traveling. He had a passion for meeting people and helping others.  His faith in God was strong, and his heartfelt prayers will always be remembered.

Puckett Funeral Home is in charge of arrangements.