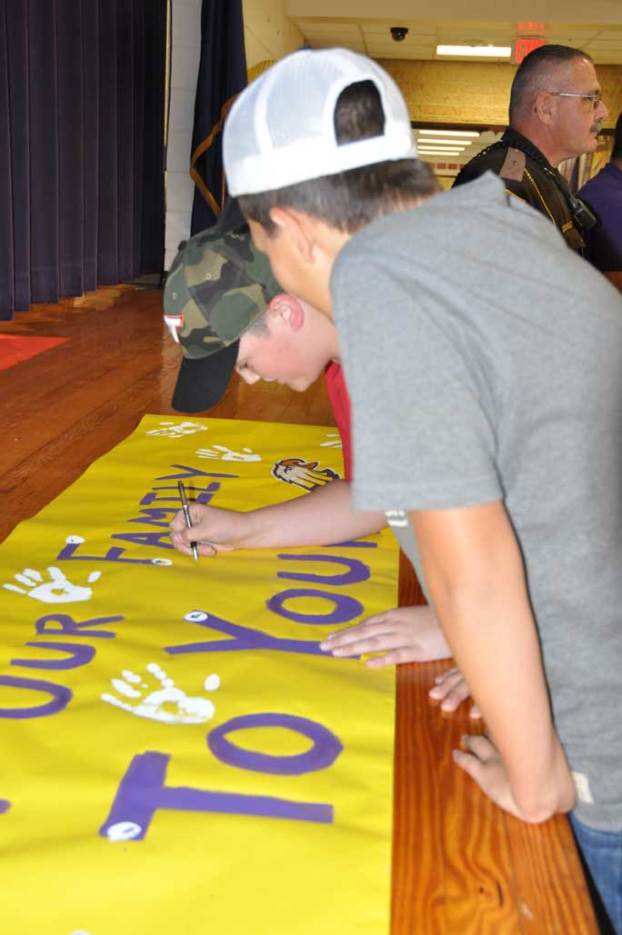 Dent Middle School was one of many schools affected by heavy rains and flooding during Hurricane Joaquin weeks ago.

According to Charles Peterson, a civic and economics middle school teacher who organized the event, in order to raise money, the students, staff and faculty made cash donations for the South Carolina school.

“We are making a dent for Dent,” Peterson said.

All who participated were given the opportunity to wear a hat all day to show solidarity for another school. According to the Prince Edward Middle School handbook, hats are typically not allowed to be worn in the building, however; students that donated to the flood recovery efforts were allowed the special privilege of donning them.

A banner was also available in the cafeteria during lunch times for students and staff to sign with words of comfort and encouragement if they desired, Peterson said.

Students were eager to donate and sport their favorite hat during the fundraising event.

“We have students whose homes were flooded and in need of food, water and supplies; families that were temporarily displaced and needed immediate assistance and students who needed basic school supplies,” she said.

Hamm said in “working with our social workers, we were able to meet real needs as they arose. What made that possible were the generous contributions of others. It is particularly touching that these donations came from other caring middle school students,” Hamm said.

In addition to teaching, Peterson also serves as faculty advisor for the student government association.