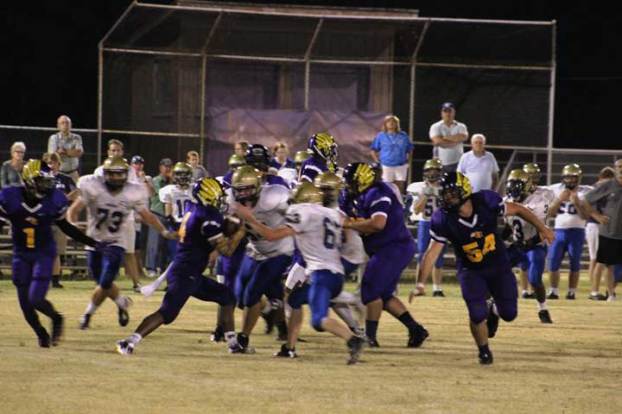 PECHS offensive players try to sneak past a tough defense.

Despite holding a lead until the end of the third quarter and Keavon Braxton’s 17-point effort, the Prince Edward Eagles varsity boys basketball team lost 52-40 to three-time defending 1A state champions Altavista on Friday night.

After a solid first-half performance, the Eagles allowed the Colonels to catch up during the third quarter when Altavista tied the game 25-25 and went on a 5-0 run.

Prince Edward was unable to bounce back and fell short in the end by 12 points.

With the loss, the Eagles drop to 1-1. Altavista improves to 1-1 with the win.

Prince Edward will return to action on Friday when it hosts the Goochland Bulldogs in a 7 p.m. district contest.

Fuqua School’s varsity volleyball team kicked off its season with a win in its first match, when the Lady Falcons... read more