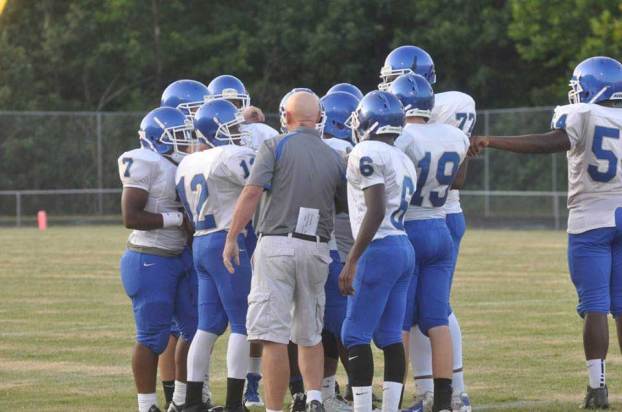 In the second quarter, Cumberland got on the board as Daquan Trent took a handoff and rushed 63 yards for the first Dukes score. The conversion attempt failed, but Cumberland still had an early 6-0 lead.

The Cumberland offense got another score before halftime as Brandon Leabough connected on a seven-yard touchdown pass to Ahmad Booker. The Dukes went for two and Jamie Trent took a handoff in for the two-point conversion giving Cumberland a 14-0 lead at halftime.

Jennings finished the night with 13 carries for 71 yards and a touchdown, while Daquan Trent followed with two carries for 74 yards. Booker had a catch for seven yards that led to a touchdown.

Leabough went 1-for-2 in passing for seven yards. He also had a touchdown.

The Dukes defense was led by Diming, Kaleb Boyles and Dakoda Boyles with four tackles each.

Cumberland will be off next week, but will return home on Sept. 11 to take on Bluestone in their district-opener.