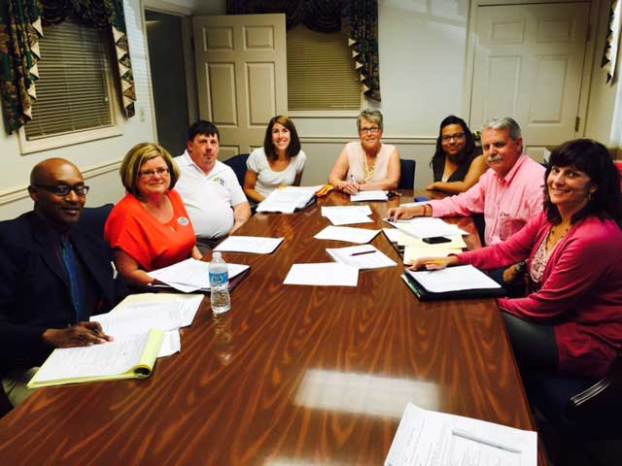 United for the community

The United Way of Prince Edward County has set a goal of raising $45,000 to distribute to 20 local community and civic groups this year, raising the bar based on prior year’s contributions by $5,000.

Over the past four years, the group has raised, on average, about $40,000 to help their partner organizations. “This year the United Way has added one more member organization to the team,” noted a local United Way press release.

Rucker Snead, who serves as chairman of the United Way Board of Directors, said the group raised just under $40,000 during the last fiscal year, which spans from July 1 to June 30. “We’re just now entering the campaign season,” he said.

Letters, which are sent out in the fall, are the main source of fundraising, the Hampden-Sydney employee said.

Snead, who’s been on the board for about eight years, said the group increased the goal this year because “the need is there. We’ve got 20 partners now we’re trying to help support with their

various missions in our community. The need is there for the additional funds if we can raise them.”

Longwood University employee Jonelle Davis, who’s been on the board of director for four years, says it’s important to donate to the United Way because most of the donations go directly back into the community.

“A large percentage — more than even normal United Ways — of our money goes back directly … into the community. We operate with the lowest-possible overhead costs, so we don’t have a lot of administrative costs,” Davis said. “Most of that money is going back to organizations that serve various causes in Prince Edward and surrounding counties.”

United Ways plays a pivotal role in helping other civic groups, she said.

“If you think about some of these organizations’ budgets and then think that we’re infusing $37,000 to $42,000 into the local, nonprofit sector, I think that’s a huge amount of money,” Davis said.

Locally, the group makes contributions to a wide variety of organizations that have missions to support the residents of Southside Virginia. Among these organizations are the Boy and Girl Scouts, Meals on Wheels, the Society for the Prevention of Cruelty to Animals (SPCA), FACES, the Virginia Legal Aid Society and Heartland Horse Heroes.

Kerry Mossler, with Centra Southside Community Hospital, has been on the board for about three years and has seen the United Way make a huge impact on the community.

“There’s so many people we serve. So many of our partners, whether it’s FACES or Habitat or SPCA, Girl Scouts, Boy Scouts, we raise money for all these great partners so they can serve our community better,” Mossler said.

She explained that Centra Southside Community Hospital employees are able to make automatic payroll deductions to support the organization. “So, when the United Way campaign starts up in the fall, we have over 500 employees that are able to decide whether they’d like to donate through their paycheck to the United Way.”

“The United Way is the world’s largest privately funded nonprofit, engaging people from all walks of life in nearly 1,800 communities across more than 40 countries and territories,” stated the release.

In the upcoming months, Prince Edward’s United Way will send out letters to potential donors.

The organizations, which is comprised totally of volunteers, has started meeting with area businesses hoping to have their employees make donations. Board members have also started developing plans for other fundraisers. Two new initiatives this year will include partnering with Hampden-Sydney College fraternities and working with local restaurants to start an annual Restaurant Week.

“They all have a diverse number of missions. They’re all doing vital work in the community,” Snead said of the organizations that receive funds from United Way.”I wish we had more money we could give them.”

The United Way is also planning on working closer with its partners to help them promote their missions and efforts.

Donations come from organizations, companies, individuals and various other outfits and can range from a few thousand dollars to a few dollars.