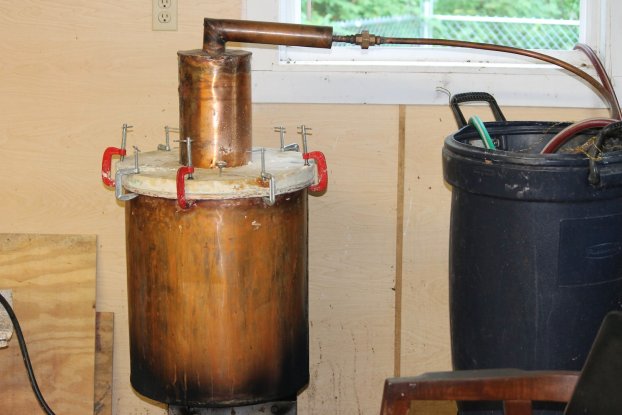 According to Farmville Police and the Virginia Department of Alcoholic Beverage Control, Frank Silvester Fields is being charged with illegally manufacturing and bottling alcohol, illegal sale of alcoholic beverages, possessing distilling apparatus without a permit and a firearm violation.

According to Jennifer Guild, a Virginia ABC spokeswoman, Fields was manufacturing untaxed distilled spirits at his house, located on Carriage Hill Road in Cumberland.

Twenty-six quarts of spirits were seized, said Guild, in addition to other items connected to manufacturing the spirits.

The Virginia ABC was assisted with the arrest by the Cumberland County Sheriff’s Office.

Fields was arrested in early August, according to a Farmville Police arrest report.