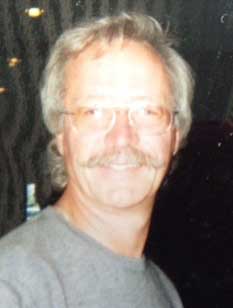 Larry Albert Jereb, 64, passed away peacefully on Saturday, August 15, 2015, in his home at X-Isle Farm, Burkeville.

He is survived by his beloved partner and companion of 18 years, Cindy James, of the home. Survivors also include two brothers, Ray Jereb and Michael Jereb, both of Salt Lake City, Utah; and a nephew, Russell Anderson, also of Salt Lake City. He was preceded in death by his parents, Albert and Myrtle Jereb, and a sister, Vickie Anderson.

Born in Rock Springs, Wyoming, Mr. Jereb then moved to Salt Lake City, graduating from Granite High in 1970. He went on to become one of SLC’s premier hair stylists and salon owners during the 1980’s and 1990’s. His move to his career as a scuba instructor and boat captain led him to the Florida Keyes, the Cayman Islands, the Virgin Islands, Hawaii, and Puerto Rico.

In 2008, he retired to X-Isle where he and his partner, Cindy, became successful breeders of Bernese Mountain dogs.

By his request, his ashes are to be scattered in the high Uinta Mountains of Utah, the coral reefs of Puerto Rico, and at his home, X-Isle Farm.

Funeral services will be private. Plants and flowers are welcomed for the memorial garden at X-Isle Farm, 199 Cheatham Forest Road, Burkeville, VA 23922.

On August 16, 2015, Kathie Renee Carroll Leonard went home to be with the Lord. She was born on January... read more