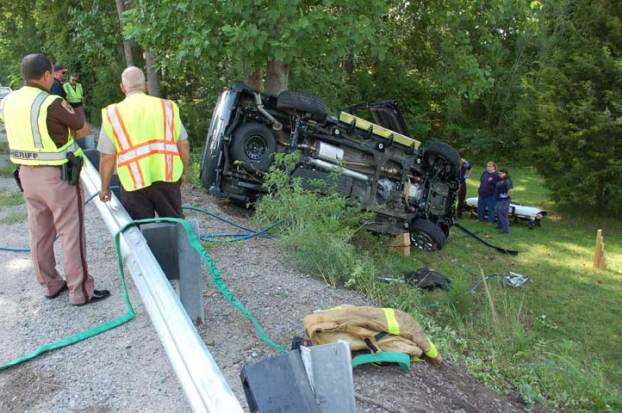 Volunteer firefighters, rescue squad members, county deputies and the State Police responded to this single vehicle crash late Monday afternoon off of U.S. Route 460 West near Prospect. There were no fatalities reported at the scene and the incident, the State Police confirmed on site, is under investigation. (Photo by Rob Chapman)