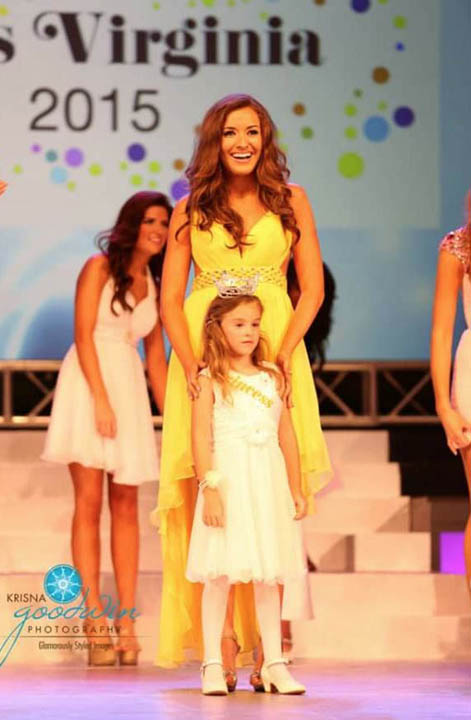 Angel Williams, 5 years old of Pamplin, represented the Miss Piedmont Region title holder as her princess in the Miss Virginia Pageant. The pageant was held at the Berglund Civic Center in Roanoke the last week of June. Angel is a rising kindergarten student at Prince Edward  County Elementary School. She has been very inspired by Courtney Garrett, who was crowned Miss Virginia 2014 and was first runner up in the Miss America Pageant 2014. Angel performed a dance routine on stage three nights in a row with Miss Piedmont Region Savannah Lane (pictured with Angel), who also won the title of Miss Virginia 2015. Angel was truly inspired by Savannah’s kindness and attention to her.  Angel said, “When I’m a teenager, I’m going to be Miss Virginia, just like Savannah and Courtney.”

The Alzheimer’s and Dementia Caregiver Support Group will meet on Aug. 6 at 2 p.m. at The Woodland, Brookview Lodge,... read more