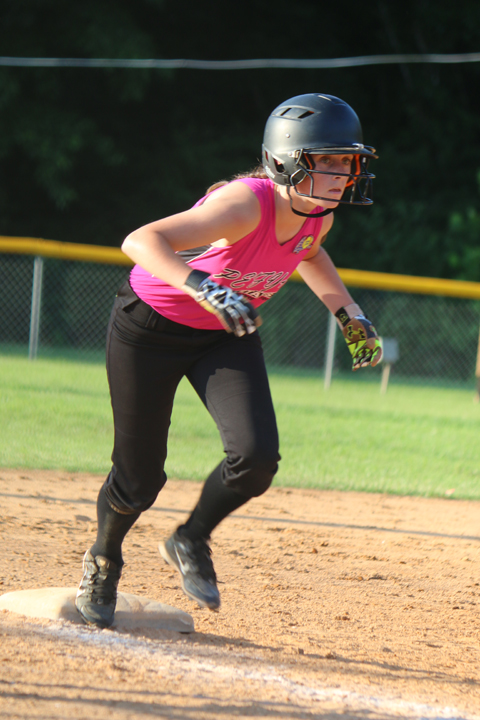 PEFYA fell 4-2 to Lunenburg in its first game and then returned to defeat Lunenburg 9-6 in the second game. The PEFYA Belles then defeated Dinwiddie 16-5 in the championship game.

“When we started playing, we were kind of flat and Lunenburg was giving us a run for our money. Then all of a sudden our girls started coming to life in the second game. Maddie Moreland started us off hitting and from there we kept hitting the ball,” PEFYA Belles Manager David Schmidt said. “The girls were a little worried after the first game. We kept telling them to play their game and have fun. They worked perfect together. As long as they are having fun, they are playing good.”

During the first game, SaRoya Walton and Shauneice Beasley were the two PEFYA players to score.

Most of the team would score in the second game. Jaden Capati led the Belles during that game with two runs. Moreland, Beasley, Walton, Alexa Marzloff, Taylor Thomas, Mary-Grace Amos and Hannah-Gray Schmidt scored a run each.

The Belles didn’t begin the championship game until about 10:15 p.m. But, as soon as the game started PEFYA took their game to the next level.

Amos hit a home run during the championship game. She also had two more runs during that game.

Marzloff had three runs in the third game, while Capati and Schmidt contributed with two runs each. Moreland, Beasley, Thomas, Gracie Hodges, Jordyn Harris and Emily Osborne had a hit a piece.

“The third game the girls came out on fire. Our batting was just clicking and everyone was hitting well. Emily and Hannah-Gray both did a phenomenal job at catching. Gracie, Jaden, Shauneice, Hannah-Gray, and SaRoya were all giving some of the best performances on the mound that we had expected. We didn’t finish the game until 1 a.m.,” Manager David Schmidt added.

With the championship win, PEFYA advances to the Virginia Dixie Softball Belles State Tournament. The tournament will begin on Friday, July 17, and will be played in Crewe.

“We are pretty much going to let the team play their game at states. They know what they have to do and they are a good enough team to win. They are always at the point where we don’t have to teach them anything,” Manager David Schmidt said.

“We do hope to have Abby Roach cleared to play before the state tournament. She was the very first batter in the first game of the District 1 Tournament and when she was batting, she turned to hit the ball and her leg popped. We don’t know until they do an MRI, but she may have a torn ACL.”

Manager David Schmidt noted that the girls were aided in the tournament by their fans, who made the hour-and-a-half trip to support the team and supply them with food. 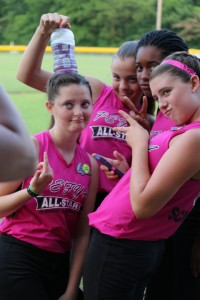 A few of the PEFYA Belles players have fun posing for a picture during the District 1 All-Star Tournament. Pictured are PEFYA players, from left, Maddie Moreland, Gracie Hodges, SaRoya Walton and Hannah-Gray Schmidt. (Photo by Farrah Schmidt)

The Prince Edward-Farmville Youth Association (PEFYA) Minors fell 15-2 in their game against the Dinwiddie Nationals today. With the loss,... read more