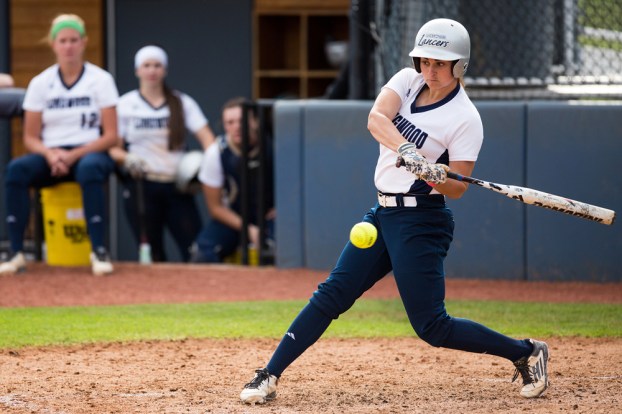 Those five were core members of a 34-25 Longwood team that won the Big South Regular Season Championship, went undefeated in the Big South Tournament and defeated Virginia Tech 6-4 in the NCAA Regional for Longwood’s first NCAA victory in any sport. The five VaSID All-State selections match the program record the Lancers set in 2013, also the same year the Lancers won their first Big South title.

Baltzell, a senior, received her third VaSID nod, while the sophomore McCarthy earned her second. Those two paired with Longwood head coach Kathy Riley to sweep the Big South Player, Pitcher and Coach of the Year honors in 2015.

Sciacca compiled her most productive season as a senior, hitting .277 with career highs of 11 home runs, 39 RBI and 27 runs scored. She played a key role in Longwood’s pursuit of the Big South Championship, .364 with five RBI in the conference tournament and blasted a first-inning home run in the title game against Presbyterian.

McCarthy put together her second straight 20-win season in 2015, going 22-13 while starting 41 of Longwood’s 59 games. Through 219.2 innings, she logged a 3.38 ERA, 203 strikeouts and just 78 walks allowed. She threw all eight innings in the Big South Tournament win over Charleston Southern and followed by shutting out Tennessee in two innings in the NCAA Tournament before tossing the first five frames of Longwood’s historic 6-4 win over Virginia Tech.

Baltzell completed the most historic career in Longwood softball history in 2015, breaking nearly every major offensive record in school history, including home runs, RBI, hits, runs and walks, while receiving her second straight Big South Player of the Year honor.

She hit .409 with 27 home runs, 72 RBI, 73 runs, 66 walks and 24 stolen bases while starting all 59 games behind the plate as a senior and leading the league in homers, RBI and runs scored. The performance also gave her the Big South’s all-time home run, walks, runs and RBI records despite having only her final three years’ stats count toward those marks.

Murphy was among the most versatile middle infielders in the Big South as a junior, starting all 59 games while ranking among the Big South’s top 10 with 17 home runs, 41 RBI, 49 runs and 27 walks. She hit .261 with a.373 on base percentage bolstered by 27 walks, second on the team behind only Baltzell. Murphy’s glove was on full display during the NCAA Tournament when her diving stop on a ground ball up the middle against Tennessee on May 15 wound up as the No. 9 play on ESPN SportsCenter’s Top 10 that evening.

In her freshman campaign, Sweeney manned first base for the Lancers while hitting .301 with 24 RBI and four home runs. She started 33 of her 48 games on the way to earning Big South All-Freshman Team honors.