Downtown Film Series is pleased to open the eighteenth Season of Stars Under the Stars on June 12 with Disney’s animated classic, Cinderella  (1950, Not Rated).

Nominated for three Oscars and listed as one of the Top 10 animated movies by the American Film Institute, history has shown Cinderella as the film that helped turn a struggling Disney into the studio powerhouse that it would become.

The story of Cinderella can be traced back hundreds of years to Italian folk tales and has been retold a myriad of times since, with this 1950 Disney version perhaps the most familiar to audiences.

Cinderella is a kind young woman who is treated terribly by her stepmother and two stepsisters. When word comes down from the royal palace that the prince is searching for a wife, Cinderella (with some help from her animal friends and magical fairy godmother) makes plans to attend the prince’s Ball.

Once there, she and the prince fall in love with each other, but the clock strikes midnight, and she must flee the Ball before the magical spell cast by her fairy godmother is broken. Will the Prince find his love again? Will there be a “happily ever after” for Cinderella?

The presentation will begin at dusk at the Downtown Crute Stage, located on the corner of Main and Fourth Streets. In addition to our regular pre-show activities, all of the princesses and princes in attendance will get a special surprise before the movie:  a chance to meet and take pictures with Cinderella herself!

Parking is available on Main Street and in the municipal parking lot behind the court house. Admission is free, and popcorn, candy, and drinks will be available for purchase. Please note there is a “No Pets” policy.

In the event of rain, the film will be shown the following evening at dusk.

The season’s remaining films are Seven Brides for Seven Brothers (July 10) and Raiders of the Lost Ark (August 14).

Thanks go out to the sponsors for this year’s film series:  Central Virginia Regional Library, Putney Mechanical, Real Living Cornerstone, Red Door 104, and Virginia Credit Union. Donations provided by Lib’s Place and Pepsi. Special thanks to The Farmville Herald and the Town of Farmville.

Downtown Film Series is committed to enhancing our home at the Crute Stage area and through the years has donated permanent outdoor speakers and associated audio/visual equipment, backstage storage areas, additional power and lights, and restroom facilities. For more information on the series, please visit: http://www.facebook.com/starsunderthestars. 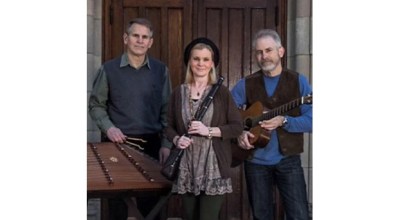