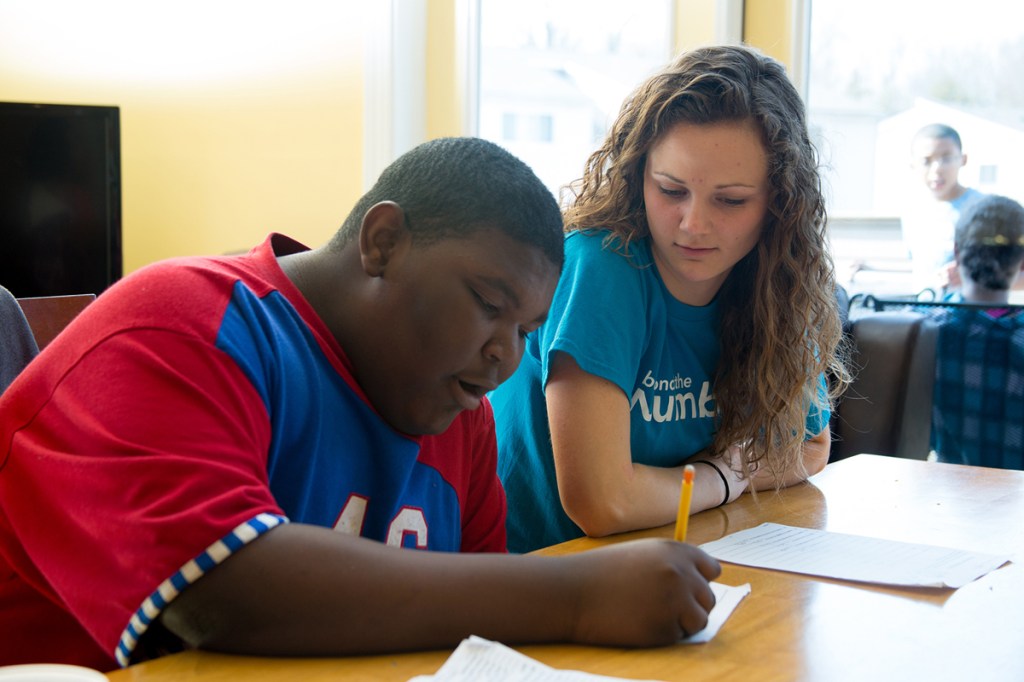 Photo by Longwood Athletics Amelia McConnell (right) while working at Beyond the Numbers.

A three-year member of the Lancer women’s soccer program, McConnell was chosen based on her work with the Longwood-grown “Beyond the Numbers” initiative. The program, which McConnell founded alongside Longwood men’s tennis player Bharani Sankar and Longwood student Molly Kabis, aims to provide youth in Farmville and surrounding areas an environment in which they can develop academic success, good character, citizenship and a healthy lifestyle.

“I would like to thank State Farm for considering and ultimately choosing me as this year’s Community Service Scholarship recipient,” said McConnell.  “This is a huge blessing and significantly helps me accomplish my academic and career goals, and for that I am very thankful.  It is also uplifting to know that a big company, such as State Farm, cares about the community and those who serve to make it a better place.”

A committee of Big South Conference administrators and State Farm executives chose McConnell from a pool of applicants that included students and student-athletes alike. The committee based their selection on criteria that included a leadership role in community service activities and volunteer work; academic grade point average; and the content of an essay detailing the type of community service program the candidate would create given an opportunity to do so.

McConnell, who serves as Beyond the Numbers’ President, focused her essay on expanding Beyond the Numbers, which after more than a full year’s effort finally launched in 2013. The program has grown since its inception, currently consisting of more than 30 volunteers who reach more than 50 students in the area through after-school programs and personal interaction.

McConnell is the second Longwood student to receive the award, joining Claudia Fink who was the 2013 winner.