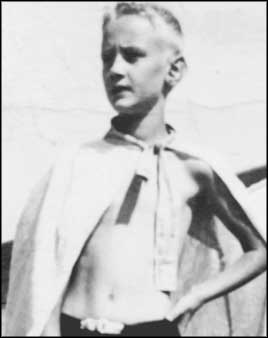 MAY 5 — William Hickson Drumeller Jr., 80, died peacefully Tuesday, April 21, 2015. He was born in Farmville, October 24, 1934, the only child of Ola (White) Drumeller and William Hickson Drumeller, who died when he was two. After his father’s death, he and his mother lived with the Drumeller family until his mother married John C. Steck, who he greatly admired and respected. He frequently talked about his early childhood, speaking most affectionately of his favorite “Aunt Bar” (Martha Drumeller). He met and married Barbara J. Harner in 1959, and they had three children before the marriage ended.

Mr. Drumeller graduated from Hampden-Sydney College in 1957 and was inducted into the Patrick Henry Society in 2007 for 50 years of steadfast loyalty to his alma mater. Following college, he moved to Waynesboro to work as a supervisor for DuPont. His career with DuPont took him to Camden, SC, Charlotte, NC, and then back to Waynesboro, where he retired in the early 1980’s.

Athletic and energetic in his younger days, he played basketball and tennis, enjoyed off-shore fishing and hunting, and loved sailing his Sunfish “Sunny.” Reminiscing about his first trip to the beach in the early 1950’s, he said, “When I got my first breath of salt air, I knew I was home.”

Mr. Drumeller stood out in a crowd, not only because of his 6’5” frame, but because of his humor, creativity, imagination and intelligence. Imperfect and pragmatic, he accepted his flaws and dealt with the results. He was technologically savvy before tech was cool and had a remarkable memory, particularly for faces and names. An excellent, self-taught photographer, he combined technical skills with artistic talent to produce unique and beautiful art. He took great pleasure in the creative process, spending many hours developing concepts and collaborating with a graphic artist on t-shirt designs for Capt’n Sam’s restaurant.

He appreciated a great meal, a hot cup of coffee, an interesting book, good music, quick-witted people and intelligent conversation. Living alone a great deal of his adult life, he developed a habit of talking to himself, and quipped that sometimes these were the most intelligent conversations he had all day. During his final year, he lived with his younger daughter and son-in-law, where he enjoyed reconnecting with family, being spoiled with affection, and eating home-cooked meals, particularly those from his “wife emeritus” Barbara, who “never made anything I didn’t love.”

Mr. Drumeller was kind to animals, adopting stray dogs and cats over the years, and feeding birds and other wildlife that wandered onto his property. For the last 15 years, he made daily trips to feed “gruel to the critters,” a group of feral cats that had taken up residence behind a Waynesboro restaurant.

He is survived by his three children, Mary D. Barker (Len), William H. Drumeller III (Melissa), and Anne D. Edgecomb (John); and five grandchildren, Caitlin Bomar (Kyle); Rachel Binda; and Sam, Wash and Gus Drumeller. He was preceded in death by his father, mother and stepfather.

In keeping with his wishes, there will be no funeral or memorial service.

Please make a donation to an animal shelter of your choice.