Saturday afternoon Mr. and Mrs. Jeff Smith hosted a family luncheon. Invited guests were her parents, Mr. and Mrs. John Keaveny from Unionville, Mrs. Smith’s cousin, Mrs. Annette Frascati from East Rockaway, NY, and the Smith’s son and his family, Mr. and Mrs. Charles Smith and their children, Brianna, Charles and Christina. Mrs. Frascati had been staying with the Keaveny’s for a week and spent Saturday night at the home of the Smiths. Mr. and Mrs. Jeff Smith joined Mrs. Frascati for dinner at Merk’s on Saturday evening. Sunday morning the Smith’s drove Mrs. Frascati to the Richmond Airport for her return trip home to New York. The Smiths stopped for lunch at the American Diner for lunch on the way home from Richmond.

Following church May 17, Mrs. Flora Bolt had lunch with Mrs. Judy Bolt and son Chris Bolt; joining them was Jennifer Page Bolt. Later in the afternoon Flora visited the shut-ins at the Woodlands, Lucille, Page, Dot, Harris and Marjorie Huskey, and a high school classmate Bee Bee Thompson. They were all doing fine.

Mrs. Flora Bolt and granddaughter Stacy Bolt attended the Chicken dinner at the Prospect Fire House sponsored by the Prospect Volunteer Fire Department Auxiliary May 16. The food was delicious and the fellowship was great.

On May 17, Mrs. Flora Bolt and granddaughter Jennifer Page Bolt attended the Farmville/Prince Edward Historical Society meeting. Jim Godburn, education specialist for the park, was the speaker. He had a wonderful program on the Hillsman House at Saylor’s Creek during the Civil War. One fact being the house was used as a hospital during the war; he also had a display of reproduction items used during the war. After the meeting Flora and Jennifer had dinner at McDonald’s.

Memorial Day was a beautiful day, the United Daughters of the Confederacy Chapter No. 45 and the Sons of the Confederate Veterans of High Bridge sponsored the annual Memorial Day service at the Confederate Cemetery just out of Farmville in Cumberland County. Thanks to all those who helped with this. Patt Graves, president of the Lunenburg Chapter, was the guest speaker with a most interesting program. Some of the ladies were dressed in their Widows Weed (black morning clothes) and others were dressed in their white. Some of the men were in uniform carrying flags others were on horse back as cavalry. There were several WWII awards given. The UDC ladies served General Robert E. Lee’s favorite cookies (lemon flavored) and bottled water.

Kyle Bolt and sons Joshua and Jacob attended a cookout at the home of Dennis and Patti Jones in Pamplin on Memorial Day. All the Bolt men are busy in the hay field (making hay while the sun shines).

A very speedy recovery is wished for all those who are sick at this time or just need our prayers: Kate Shorter, Betty Jean Bolt, Elfrieda Kerns, and Raymond Dickerson.

Neighbors and friends are expressing their sincere sympathy to the family of Pinky Baldwin.

The Third Annual Revive Prospect/Revive America will begin on June 7, at 7 p.m. at Calvary Baptist Church, 1144 Hendricks Road, Pamplin. The Revival will be held from Sunday, June 7 through Friday, June 12, with seven Ministers and choirs participating. The public is cordially invited and urged to attend. For more information call Rev. Clark at 390 – 8067 or Rev. Joye at 574 – 2011.

The members of Appomattox P.E. Presbyterian Church at Tuggle invite you to worship with them each Sunday. The Rev. Chuck Klotzberger will be with them on Sunday.

The membership of Davis Memorial Presbyterian Church at Prospect invites you to come and worship with them every Sunday; Sunday School is at 10 a.m. with worship at 11 a.m.

Calvary Chapel-Farmville invites you to worship with them on Sunday mornings at 10:30 a.m. They invite you to join them each week on Wednesday evening for Bible Study for all age groups at 7 p.m. The Church is located at 302 Industrial Park Road, in the former Stackpole-Carbone building.

Happy Anniversary is wished to those celebrating an anniversary during June. Those I know about are: Mike and Kim Shumaker (4), Woodrow and Dora Townsend (8), Frank and Mabel Shanaberger (10), Kevin and Sherry Clark (11), Earl and Shirley Wallace (13), Don and Betty Meadows (21), Douglas and Betty Jean Bolt (23), John and Nancy Mottley (28), Tim and Sherry Atkins (28), and Billy and Polly Mottley (30).

If you would like to contribute something to the News, call 392-6431 or email to mom@moonstar.com. 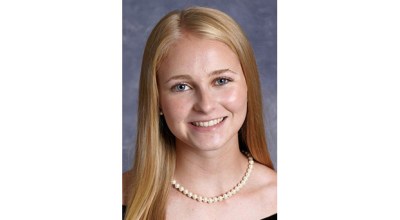