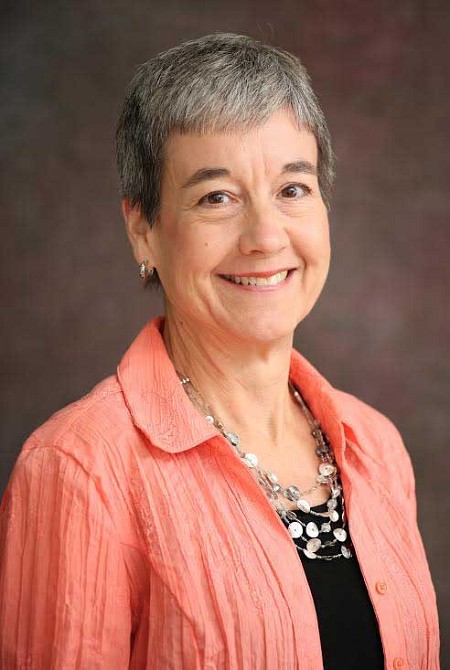 Dr. Audrey Church, professor and coordinator of Longwood University’s graduate school librarianship program, has been elected the 2016-17 president of the American Association of School Librarians (AASL).

Following a year as president-elect, Church will begin her term as president in June 2016 at the American Library Association (ALA) conference in Orlando, Fla.

The AASL, a division of the ALA, has more than 7,000 members and serves school librarians in the United States, Canada and around the world.

“It is an honor to be elected as president-elect of our national organization, and it will be a privilege to represent school librarians from across the country,” said Church, whose entire 35-year education career has been in the field of school librarianship.

“When I become president, it will be a busy year. One former president told me that she was gone from home seven weekends in a row,” she said, adding that her duties as president-elect will include attending several AASL and ALA meetings, as well as speaking at three AASL state affiliates.

At Longwood, Church chairs the Summer Literacy Institute and is faculty representative to the Board of Visitors. She received Longwood’s Faculty Research Award at the graduate commencement ceremony May 8.

“My election should bring good visibility to Longwood,” said Church, who was promoted to full professor in March. “It’s an opportunity for the university to receive recognition in the national spotlight.”

The school librarianship program is Longwood’s largest graduate program, with 98 students. Formerly a concentration under the M.S. in education, the program became Longwood’s first stand-alone M.Ed. after approval from the State Council of Higher Education for Virginia in March 2014. This is one of only two nationally recognized programs in Virginia that prepare students to be preK-12 school librarians.

Church graduated from the program with a master’s degree in 1993, four years after it started. She joined the Longwood faculty in 2000 after 20 years as a school librarian in Lunenburg County.

“School librarians have the opportunity to work with every student, teacher, administrator and parent, which is an awesome job,” said Church. “Research studies demonstrate that strong school librarians positively impact student learning.”