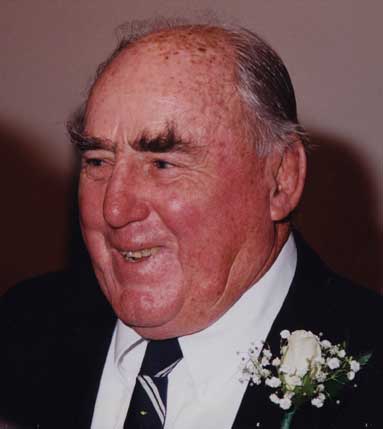 The Judge was raised in Richmond. Scion of an old Virginia family of artisans, his father was a typesetter at the Richmond papers, and a standout baseball player. The Judge attended John Marshall High School where he was a standout athlete himself. He then attended Hampden-Sydney College on an athletic scholarship. Although an indifferent student, he was a student leader (ODK, etc.), and lettered in numerous sports. He was known as the “Little General” at Hampden-Sydney and in the Athletic Hall of Fame.

Mr. Hay married Virginia Campfield after graduating in 1942 and soon joined the Navy and, after flight training, transferred to the U.S. Marine Corps. He served two combat tours in World War II, one in the Caribbean and the other in the South Pacific. He flew dive and torpedo bombers. When the war ended, he was demobilized in the South Pacific and made his way back to the states where his wife was living with her parents and newborn son in Staunton.

After the war, Judge Hay attended law school at the University of Virginia. While there, another son, David, was born. Upon graduation from law school, he returned to Farmville, where he set up a law practice and also went to work as an Assistant Coach at Hampden-Sydney. He also had two more children, Patti and Emily.

In 1956, Mr. Hay was appointed to the General District Court bench in Prince Edward County. He served in that capacity for over 40 years, and added Lunenburg and Charlotte counties to his duties later. He retired under duress in 1998.

During this period, he had a fifth child, Kate, by his second marriage.

In 1995 he married Patti Chaffin Harris from South Boston.

Judge Hay was a well know figure in Prince Edward County for many years. He was a civic leader, member of Johns Memorial Episcopal Church, avid and proficient golfer, rabid bird hunter, and local character.

He led a long life and died peacefully. Would we all do the same.

A funeral service was held on Monday, April 20 in Hampden Sydney College Presbyterian Church with interment at Westview Cemetery.

Memorial contributions may be made to a charity of your choice.