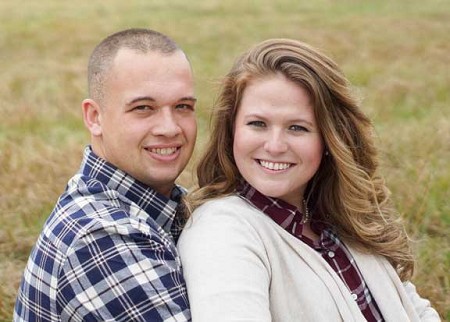 Lucy is a 2008 graduate of Prince Edward County High School and a 2012 graduate of George Mason University where she received a Bachelor’s of Science degree in Nursing and a minor in Criminology. She is currently a Labor and Delivery nurse at Inova Fair Oaks Hospital in Fairfax.

Johnny is a 2006 graduate of Osbourn High School in Manassas and a 2008 graduate of TDDS Technical Institute in Lake Milton, OH, where he received his Diesel Technology Diploma. He currently works for the County of Arlington as a diesel technician.

A beach wedding is planned in July.