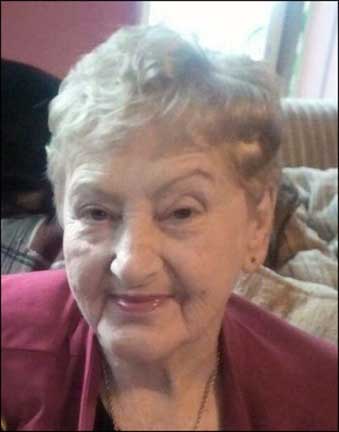 CUMBERLAND COUNTY, March 5 — Ruby Rose Davis McAbee, 79, of Cumberland County, departed this life on Sunday, March 1, 2015, at her home. She was born January 5, 1936, in Farmville to the late Ernest and Alda Davis. Ruby Rose was the wife of her loving husband of 37 years, the late Willie T. “Billy” McAbee Sr.

Ruby Rose was a homemaker, loving mother and caregiver to many throughout her life. She was a lifetime member of Centenary United Methodist Church in Cumberland County.

Visitation with the family will be held Thursday, March 5 from 5-9 p.m. at Shorter Funeral Home, Farmville.

A Celebration of Life Service will be held Friday, March 6 at 2 p.m. at Centenary United Methodist Church, 1280 Guinea Road, Farmville, in Cumberland County.

Donations can be made to Centenary United Methodist Church or contact Brenda McAbee Grant for help with final expenses.